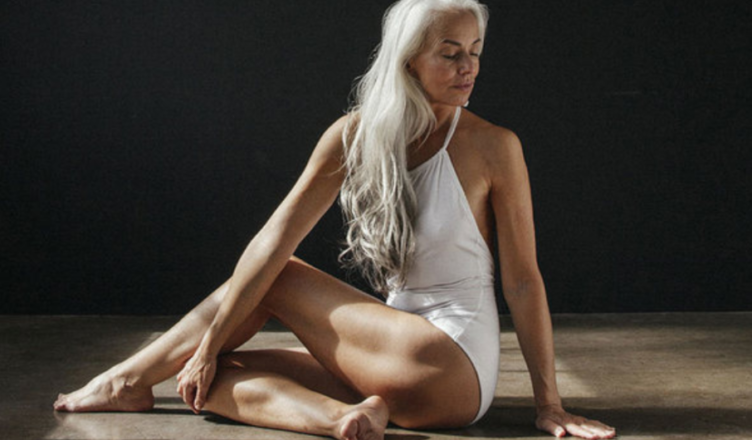 Modeling swimwear can sometimes be considered provocative sexuality, but as you will see in these terrific pictures, this does not always have to be the case.

What these pictures prove is that you don’t have to be young to wear a swim suit in a staggering and graceful way – as Yasmina Rossi shows it.

The pictures below are a collaboration between the online store The Dreslyn and the lingerie company Land of Women. The founder of The Dreslyn, wanted to show that swimwear advertising doesn’t have to be sexual and that adult women can also be shown with them.

Rossi was selected for the campaign for specific reasons: “She is a woman that radiates health and vitality”, Corcia said. “She’s sure of herself, she’s a visual artist, and takes care of herself, this line is about women who live well, who love to travel, who are intelligent and self-confident and can show it”.

When you look at the pictures, it’s hard to believe that the model is sixty one years old.

Rossi proves that you do not have to be young to be a swimsuit model.

Believe it or not, Yasmina Rossi is 61 years old in these pictures.

She was born in France in 1955, and grew up on the island of Corsica.

She is a model, a portrait painter and a photographer who lives in California today.

The photos are part of a collaboration between The Dreslyn and Land of Women.

She is a model, a portrait painter and a photographer who lives in California today.

The photos are part of a collaboration between The Dreslyn and Land of Women.

The founder of The Dreslyn said the idea behind the collection was to find an alternative way to advertise swimwear – one that keeps a distance from the sexual way that is usually displayed.

The secret behind her beautiful view? “There is no special secret”, Rossi said. “The only thing I did was eat organic food long before it became fashionable”.

“I use oil on my skin, I use canola oil, and once a week I scrub the skin with olive oil and sugar, eat one avocado every day, and eat only organic meat and fish”.

A brave and original initiative of a company that is not afraid to stand out from the rest. These pictures are just awesome,and they prove that beauty has no age!