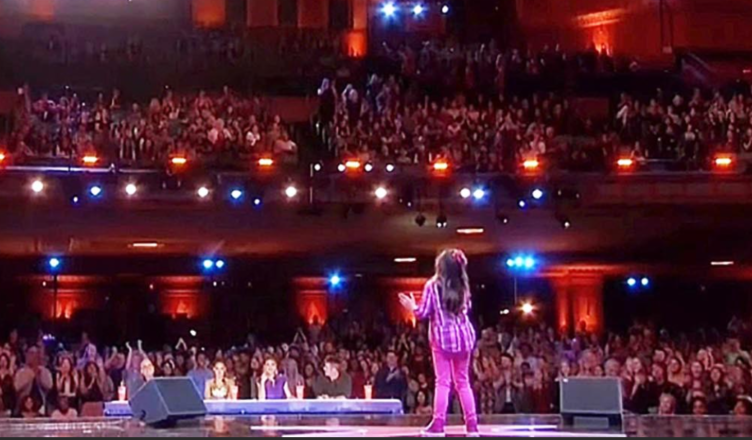 Angelica Hale is a little girl with big dreams — and that’s fine.

The 9-year-old girl wants to be the next Whitney Houston and after you see her sing, you could very well agree that it could happen.

But it wasn’t always for certain that Angelica would be able to continue her great passion in life — singing.

In fact, when she was only 4 years old, she spent a few weeks in the hospital. The doctors did everything to help Angelica but her illness was so severe that a priest was brought to the hospital to tell her parents that they would have to say goodbye to their little girl.

But then a miracle happened — Angelica surprisingly recovered and returned home from the hospital to be with her parents. And ever since the difficult event, in recent years, the little girl has been practicing her singing abilities.

Angelica has also developed amazing stage abilities and her presence is most noticeable. Watch her sing the song ‘Rise Up’ on America’s Got Talent:

Isn’t she amazing? It’s hard to believe she’s only 9 years old at the time the song is performed.