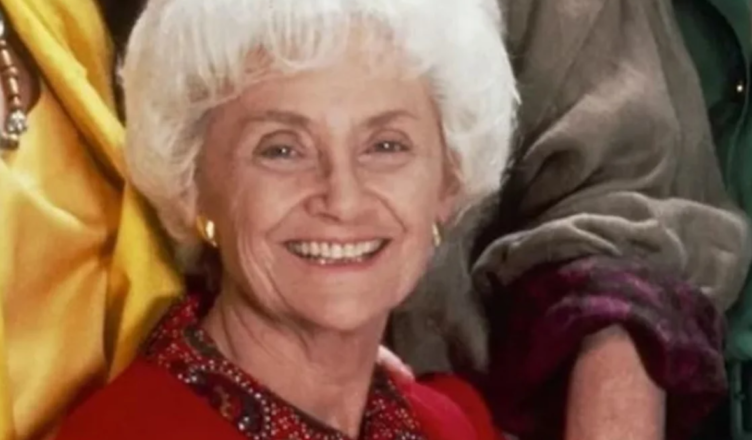 Best known for her role as Sophia Petrillo in NBC’s hit show The Golden Girls, Estelle Getty was absolutely hilarious and a one-of-a-kind woman.

She was born in the city of New York on July 25, 1923, as Estelle Scher to Jewish immigrants and got her start performing in Yiddish theater. While she was well received by the audience, she didn’t gain much recognition for the roles.

Her father, a practical business owner, doubted that she would ever make a career out of acting and encouraged her to pursue an everyday life. She did what every woman of the time had to do; she got married and had children.

Luckily for Estelle, her husband supported her aspirations to become a famous actress, and she worked while raising her two sons. The couple stayed married for an incredible 57 years until Arthur died in 2004.

While Estelle performed in small theaters for most of her life, her big break came when she was 60 years old and was cast as Mrs. Beckoff in the Broadway production Torch Song Trilogy.

In 1985, the role caught the attention of Witt/Thomas/Harris Productions, and she was cast as Sophia Petrillo in the new NBC show, The Golden Girls.

Even though Getty was only 62, she played a 90-something-year-old woman and had to rely heavily on wigs and makeup to make her look older than her on-screen daughter.

She won a Primetime Emmy Award for Outstanding Supporting Actress in a Comedy Series for her work on the show in 1988, and America simply loved her as Sophia! She is best known for her witty comedy and “rude” but hilarious insults to the other members of the girl gang.

When the show famously ended in 1992, Getty continued to land minor or guest roles in various other shows and even a few films and simultaneously wrote an autobiography.

Estelle Getty was more than just an actress; as an AIDS activist, she used her fame to build a hospice care home for people suffering from the disease in North Carolina that still exists today.

Her final television appearance was in 2001, before she retired due to poor health. Estelle then passed away in 2008 on July 22, just shy of her 85th birthday, from dementia.

Estelle is an excellent example of not giving up on your dreams and remembering that life is long and your big break could happen anytime!

The Golden Girls is still one of television’s most popular shows of all time; its timeless comedy and fantastic actresses have made the characters some of America’s favorites. Although Estelle is no longer with us, she will live forever as Sophie Petrillo.