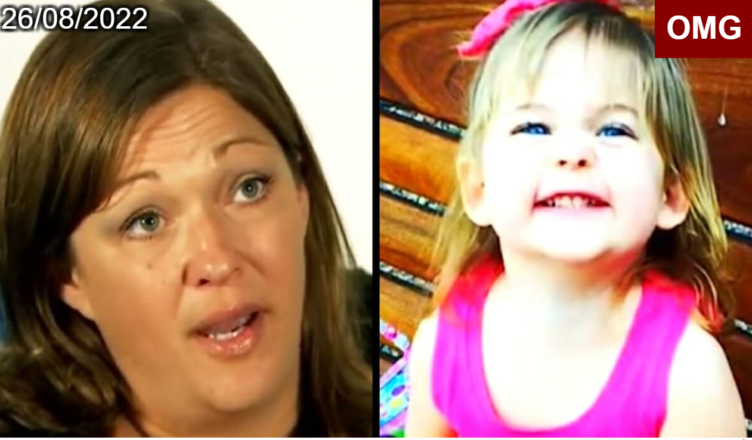 Drowning is the most common cause of death among young children. A few centimeters of water is all that is needed.

Every parent knows that if you take your eyes off your child even for a few seconds, it can be the difference between life and death.

In addition, most drownings occur in family environments, such as the backyard pool.

But when a mother named Julia went to the bathroom for a few moments while her daughter, Jaya, watched TV, she could not have imagined that her daughter would soon be part of the statistics.

Julia had a persistent flu and had to go to the bathroom.

Meanwhile, her daughter Jaya, was watching television in the living room.

But when Julia returned a few minutes later, her daughter was not at home. And when Julia saw that the back door was open, her heart sank.

Julia immediately realized that Jaya had gone to the backyard, where the family’s pool was.

Julia said she ran outside and saw a horrifying sight.

Julia’s daughter was floating face down in the pool. The terrified mother started screaming and immediately pulled her daughter out of the water. Jaya was probably about 5 minutes in the pool.

«It was the biggest panic, fear and anxiety, all together at the same time», Julia said.

Julia brought her daughter back into the house and called an ambulance, and at the same time performed CPR on her daughter.

«It was horrible, what I went through was the worst thing of all. As a parent, I was responsible for her, and she got into the pool, and now she’s lying here, that’s all I felt».

The paramedics on the other end of the phone heard Julia screaming in despair, «Jaya wake up! Come back to me!».

When the first ambulance arrived at the house, Julia was sitting in an adjacent room, while the paramedics tried to perform CPR on the girl. Jaya was rushed to the hospital, where the doctors delivered the worst news of all, «We’re sorry, there’s nothing more we can do».

Jaya was pronounced dead an hour and a half after her mother found her inside the family’s pool.

But then, the medical team came back with amazing news.

A doctor entered the waiting room and informed the family that everything had suddenly changed. Jaya is breathing!

Julia said, «I just stared at her like I didn’t understand what language she was speaking, because for an hour we sat there, and they told us that our girl had passed away».

When some nurses entered the room to take Jaya’s body for post-mortem, the girl suddenly coughed. Then the crew realized she had come back to life.

Jaya was airlifted to a children’s hospital, where she hovered between life and death.

Experts warned Julia and Justin not to be optimistic given the length of time Julia had been without a pulse.

«They really didn’t think she would recover. Children don’t just recover from drowning».

Even if the situation improved every hour, there was still great concern.

Much for Julia and Justin’s delight, the MRI showed no signs of brain damage.

Then when Julia put lipgloss on Jaya’s lips, she responded by licking her lips.

It took a long time for Jaya to regain her composure. She had to learn to walk, talk and laugh again.

Then after several weeks in the hospital, Jaya was finally ready to go home. According to Julia, doctors and nurses with 20 years of experience said they had never seen anything like this.

Jaya’s parents are aware of the magnitude of the miracle. And when they were reunited with the first paramedic who arrived on the scene, even the older man had tears in his eyes.

Julia said, «I’m just grateful to God for giving us the gift and the opportunity to sit here and tell you ‘I have a miracle, and the miracle is Jaya’. It’s amazing».

And Julia still has feelings of guilt, but she hopes her story will make others think.

The most important advice she has is to never leave your child alone near water. Small children should not be left alone in the bath, not even for a short time, answering the phone or doing anything when the children are out of sight.

Do not let another child watch over a toddler in the bath, always make sure an adult stays with the child.

Julia knew her story had to be shared, and we’re glad she told it.

Fortunately, her daughter is alive today, doing great, and has her whole life ahead of her.

No one should ever drown in a pool. Share if you also want to warn others about this danger!