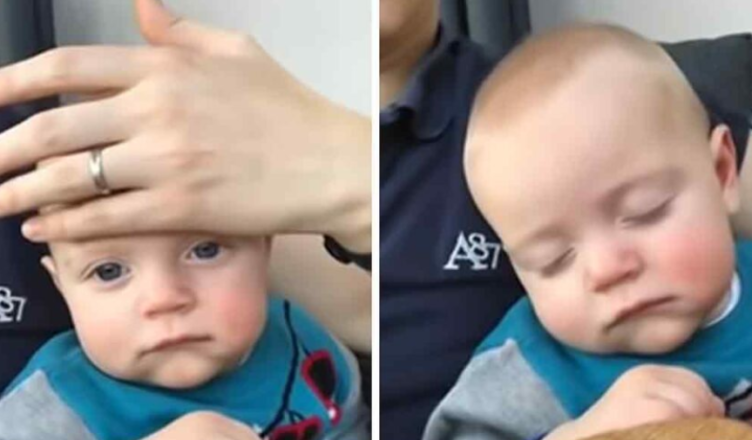 It is said that after childbirth, women get a new life. They get various types of superpowers to help them juggle multiple responsibilities. They look after their kids, family, personal needs, and office duties.

Similarly, fathers also get superpowers to help them deal with various responsibilities, one of which is caring for newborns. Recently, a toddler’s father was found making his child fall asleep without much work.

Usually, making a toddler fall asleep is a significant hurdle for any parent. However, for this father, it was magical. It was as if he had a magic wand that he used to make his child go to sleep.

The father was sitting with his toddler right next to him. Although the child was drowsy, he was in no mood to sleep. So instead, he kept patting his pet dog lying in front of them.

After a while, the father brushed his hand on the toddler’s face in a vertical direction. This action was enough to make the child feel drowsier. The father repeated the move again. This time, the toddler fought to keep his eyes open.

The father brushed his hands on the baby’s face for the third time. This was enough to make the baby close his eyes. However, due to his father’s surprised giggle, the toddler opened his eyes again.

The father repeated the action for the fourth time. This was when the toddler fell asleep. It was as if the father had used a magic wand attached to his hand. The toddler got so sleepy that he could barely keep his head still.