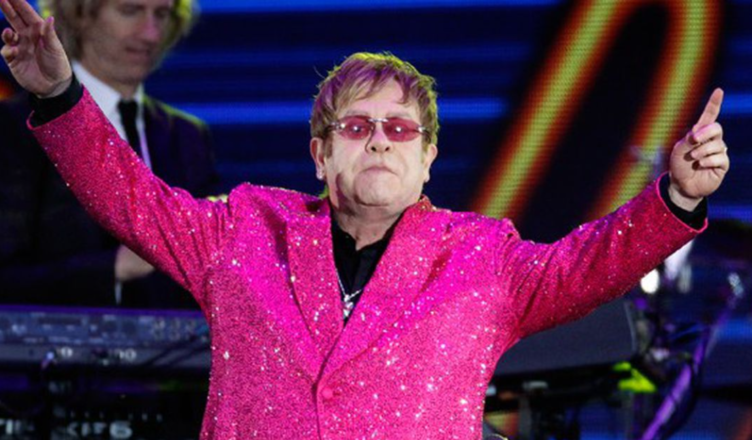 Sir Elton John has a career that most musicians aspire to for their whole lives. The singer was born on Mar. 25, 1947, in Middlesex, England. John started making music in the 1960s, but it wasn’t until 1969 that he released his debut album, «Empty Sky.»

In 1970, John’s first big hit, «Your Song,» came from his second self-titled album. The album became a hit both in the U.K. and in the U.S. and kick-started the singer’s golden years of commercial success: 1970 to 1976. Albums during this time period included «Honky Château» (1972), «Goodbye Yellow Brick Road» (1973), as well as his very first «Greatest Hits» compilation album.

However, music is not the only success for which John is known. The singer has been very prominent in the fight against AIDS since the 1980s. His advocacy work has made him one of the main celebrities known to champion the cause and has earned him global recognition.

Since the late 1980s, Elton John has raised funds and support in the fight against HIV and AIDS, founding the Elton John AIDS Foundation in 1992. A year after establishing his charity, John also started the annual Foundation Academy Awards Party.

In addition to this charitable work and radio hits, John is perhaps best known by younger audience members for his Princess Diana tribute, «Candle in the Wind.» Having been knighted by Queen Elizabeth II in 1998, John has maintained close ties with the English royal family. After the death of Queen Elizabeth in September 2022, John sang another tribute in honor of the monarch at the Rogers Centre in Canada.

Over the course of his decades-long career, the musician has had the opportunity to perform at a handful of events, specially for the royal family. Namely, he sang at the funeral of Diana Spencer, Princess of Wales, at Westminster Abbey in 1997, giving a haunting rendition of «Candle in the Wind.» Also known as «Goodbye English Rose,» the song was a rewrite of a tune John had originally penned for Marylin Monroe in 1973.

Re-tweaked with his long-term writing partner, lyricist and songwriter Bernie Taupin, «Candle in the Wind,» won John the Grammy for Best Male Pop Vocal Performance at the Grammys in 1998. The song also went on to be one of the highest-selling physical singles of all time, behind only Bing Crosby’s «White Christmas.» John directed that all global proceeds from the song go towards Princess Diana’s charities.

John also performed at the Party at the Palace in Buckingham Palace Garden in 2002, which was held in commemoration of the Golden Jubilee of Queen Elizabeth II. For the Jubilee celebration, John sang «I Want Love» off his 2001 album «Songs from the West Coast.» Ten years later, John returned to celebrate the Queen once again during Elizabeth’s Diamond Jubilee Concert outside Buckingham Palace in 2012. For the evening, John sang «I’m Still Standing,» «Your Song» and «Crocodile Rock.»

The Queen, in turn, appointed John as a member of the Order of the Companions of Honour in 2020 for his work in charity, which include the Elton John Charitable Trust as well as the Elton John Sports Fund.

John has a long history of using his musical appearances to bring attention to or honor world events. In 1986, John recorded a cover with Dionne Warwick, Gladys Knight and Stevie Wonder called «That’s What Friends Are For.» Originally released by Rod Stewart, the aim for the song was to raise funds for the American Foundation for AIDS Research.

During the COVID-19 pandemic, John performed alongside Kesha, the Killers, Hozier, and countless others to raise funds as well as spirits as a part of the «One World: Together At Home» TV special in April 2020. The televised concert benefited the World Health Organization’s COVID-19 «Solidarity Response Fund.» For his part, John sand «I’m Still Standing» off his 1983 album «Too Low for Zero,» an upbeat tune bringing brightness to those challenging times.

During a 2022 concert at the Rogers Centre in Canada, John sang a touching tribute to Queen Elizabeth, playing his song «Don’t Let The Sun Go Down On Me.» The song was featured on his 1974 album «Caribou.» The tune is one Joh often performed with singer George Michael, namely during the Live Aid concert at Wembley Stadium in 1985.

«I am deeply saddened to hear the news of Her Majesty Queen Elizabeth’s passing. She was an inspiring presence to be around and led the country through some of our greatest and darkest moments with grace, decency, and a genuine caring warmth.»

Clearly, her passing affected him deeply, and he expressed his grief in the best way he knew how: through song.

What’s your favorite Elton John tribute? Let us know — and be sure to pass this article on to friends, family, and any fellow Elton John fans!