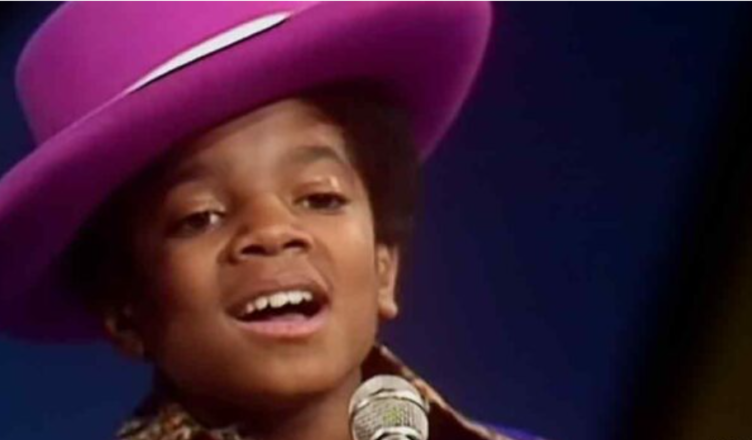 Ed Sullivan welcomed many guests who had a reputation for dazzling crowds over the years. ‘The Jackson 5’ appeared on the show in 1969 with young Michael leading the band.

As the song begins, Michael says, ‘I want to tell you a story about a girl I met in school one day, during sandbox.’ He’s wearing a big purple hat and matching purple vest.

His brothers are behind him, and as Michael tells the details, they react in shock. Michael talks about meeting a girl and treating her wrong, and the girl ends up leaving him in art class.

Michael says, ‘I stepped up, and I said…’ and then he breaks into the song ‘Who’s Lovin’ You.’ The brothers back him up on vocals with two guitars, singing and swaying in unison.

Michael snaps and sways his body in front of a backdrop of line patterns featuring stripes of different colors. Michael finishes by yelling ‘Oh yeah,’ and his brothers respond as a group with ‘Oh yeah.’ They bow simultaneously, and the crowd loves it!

‘Who’s Lovin’ You’ is a Motown soul song written by the legendary Smokey Robinson. Many artists have recorded the song, including ‘The Temptations,’ ‘The Supremes,’ and ‘Michael Bublé.’However, ‘The Jackson 5’ version is the most famous. The group signed with Motown Records in 1968 and scored four consecutive number 1 hits. ‘I Want You Back,’ ‘ABC,’ ‘The Love You Save,’ and ‘I’ll Be There’ all topped the charts. The Jackson 5 dazzled the Ed Sullivan crowd in 1969, following their string of successful hits.