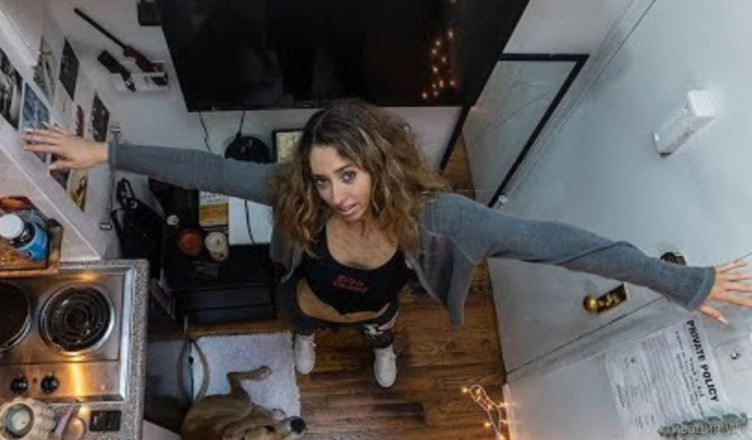 And it costs HOW much?!

If you live in New York City, apartments can cost a fortune.
The high cost of living space in this city made tiny apartments a trend. It is quite fascinating how a person can even live in a home that’s as big as a bedroom, right? Smart use of space and a minimalist lifestyle makes it possible.

But, have you ever thought of living in an 80-square-foot space? This means living in an area almost equal to a walk-in closet!
One woman from New York City has made the internet obsessed with her teeny tiny apartment. Her space measures 80 feet by 150 feet.

She is practically living in a room that could even be smaller than your home’s living room. Her home was featured in a video uploaded by YouTube vlogger and TikToker Caleb Simpson who is known to be roaming the U.S. for incredible homes to share with his followers.

In the video, Caleb and the woman who rents the tiny apartment gives a tour of her home.

Alaina Randazzo lives in Midtown Manhattan, a perfect place for a New Yorker who lives on the fast lane. She loves the fact that she lives in the said area and proudly gave a tour of the limited space she calls her home in the city.

At her height of 5’5″, Alaina’s stretched-out body looks as if she’s even longer than the space allowed for her to lie down. And on top of that, she even has a dog living with her!

Her apartment has a loft that is very close to the ceiling.
The loft serves as her bed, and she cannot even sit with her back straight because of the cramped space. From the viewpoint of her bed, the camera views the room and its entirety.

The apartment consists of a stovetop, a love seat, a television mounted on one wall, and a tiny space where shelves are placed. It is amazing how she fits everything in this very small space.

The room Alaina rents for $650 a month allows her to save more than $2,000 if compared to a regular-sized apartment in the city.
The room had no window, but the woman is okay with that because of a skylight above her. Viewers, who have now reached beyond 4 million as of the writing of this article, cannot decide whether they are amazed or horrified at the minuscule space that a woman as tall as Alaina lives in.

The room did not include a bathroom, and Alaina shared in a TikTok video that she uses the shared bathroom in the building’s hallway. And speaking of bathrooms, there was also one downside that she amusingly shared in the tour.

Her neighbors are okay, it’s just that the wall next to her love seat was where the other room’s shower area is.

When Caleb asked if they can try going to the loft which is something he usually requests in his videos, Alaina was cool with it and they saw that the loft was only about a few inches from the ceiling.

Some people may question Alaina’s choice of a home, but we cannot deny the fact that she is saving a lot because of her decision to rent it.

Curious about this tiny apartment? Witness more of it by watching the video below.