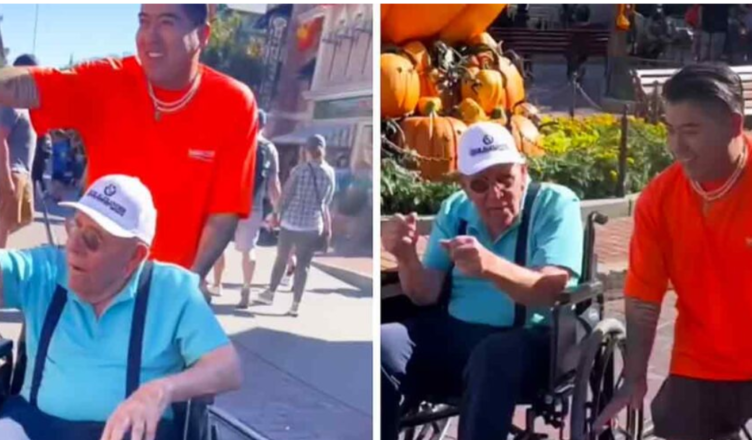 Isaiah Garza was a young man who knew how difficult life could be for some people. He grew up in poverty and knew what it meant to be homeless. Now an LA-based designer & public speaker, Garza always felt that he could make life better for others & maybe, inspire people to do well. Recently, the designer helped to brighten the day of a 100-year-old veteran.

Garza made a successful career after Rihanna was photographed in a French magazine, wearing one of the jewelry he had designed. Garza’s design business was booming, enabling him to earn a large chunk of money with which he could make people’s days a little brighter.

He even shared the not-so-random act of kindness online with his friends and followers to inspire others to do generous acts. For example, Garza recently invited a 100-year-old veteran, William Goode, to a Disneyland trip. Goode, who thought his life was over, was overcome with joy. He could never consider a stranger who would invite him to one of the most beautiful places.

The 100-year-old veteran, who lived in South Gate, never expected to go on such an adventure. However, this was made possible because of Goode’s caretaker, Nelva Agular. She had found an ad on Craigslist looking for a senior citizen for a paid job.

She contacted Garza and spoke to him about Goode. However, the designer strictly told Agular not to say anything about the ad to the senior person. Instead, he asked her to bring Goode to a nearby park. At the park, Garza approached Goode and told him that he had a rough day today and wanted to see if he was willing to go to Disneyland with him.

Goode was shocked to find a stranger willing to take him to Disneyland. Hence, he asked him, “You would really take me?” He could not believe what was happening. Later on, Goode stated that he had not been on a ride for over 50 years. Nevertheless, the two of them had a wonderful trip.

Garza was thrilled that he could make Goode smile. This trip started a beautiful friendship between two strangers. When Goode was asked about his adventure trip, he stated, “I would remember that trip for the rest of my life. Garza had decided to create a bucket list with Goode and wanted to accomplish it with him one by one.