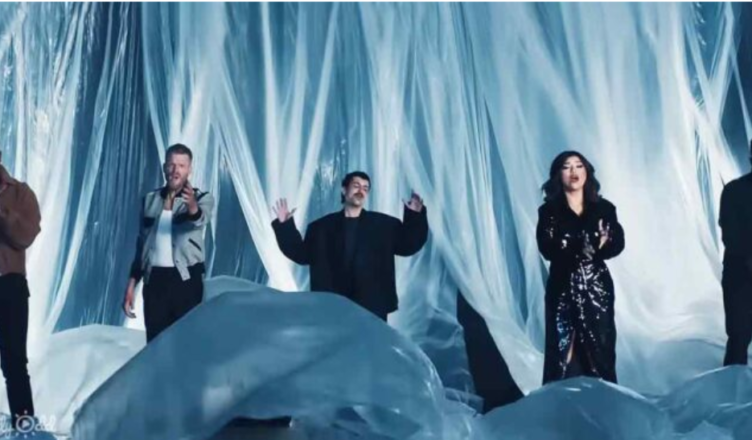 The a cappella pop group, Pentatonix, had come up with their latest music album, ‘Holidays Around the World’, this holiday season. One of the songs from the record, “Prayers for the World,” has been gaining popularity recently.

The group stated, “It was cool because we also got to experience all the cultural differences in music there. So, the album’s really fun and really eclectic in that way. But it was awesome just because we never get to have that big of a span in the type of music we do.”

The three originals included in the album were “Prayers for the World,” “Kid on Christmas,” which was a collaboration with Meghan Trainor, & “Star on Top.” The beautiful masterpiece “Prayers for the World” was written by Diane Warren. The group singer, Olusola, stated that the song told us a lot about the current state of the world.

The reason Pentatonix are outstanding, according to their fans, is because nobody could realize that the instrumental in the background is actually them. The backing and the supporting harmony were just fantastic. They just added to the intensity of the really hard-hitting lyrics.

Maldonado had a powerful voice that showed this song’s amount of raw talent. She was known for being a belter. However, now she showed people that her voice could be silky and expressive. The visuals were stunning as they showcased water with the beat vibration & the beautiful white curtains in the background, giving it a dreamy feel.

Everyone was vocally powerful and talented. The stunning vocals with the beautiful song sequence made this song a masterpiece. The music and the lyrics they had put out in the world, about looking after each other or being nice to each other, was what the message was this Holiday Season.