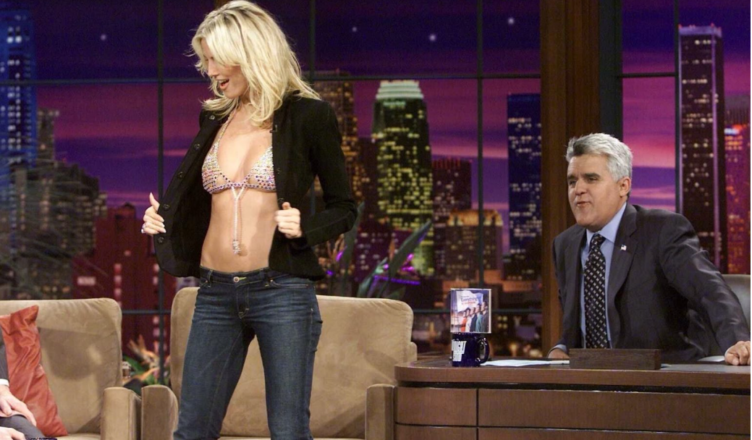 One of the reasons we watch talk shows on TV is for unexpected moments. When interviews go wrong, when actors freak out, when someone ends their career in a few words, these moments can be just as captivating as any major movie or TV show.

However, there are some talk show moments that go too far. Instead of laughing or cheering, we find ourselves looking around the room for the roommate. Anything to stop seeing this cringe right in front of us!

What kind of moments are we talking about? Here are some of the weirdest and raciest moments on television that should definitely have been cut.

In 2003, Heidi Klum appeared on The Tonight Show and decided to do a pseudo-striptease that showed us her Victoria’s Secret bra and panties which cost a combined $11 million. The striptease didn’t go as planned when her bra accidentally came undone, but we’re confident in saying it shouldn’t have been planned at all!