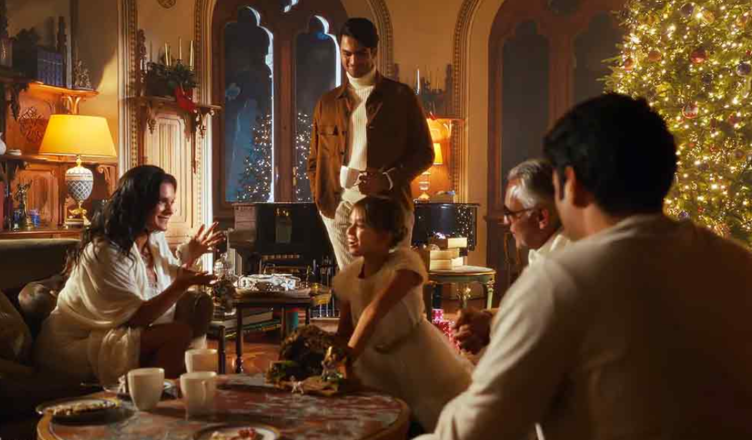 Andrea Bocelli is an international singing superstar who is beloved by fans worldwide. He has begun to pass on his gift to the next generation as his son Matteo and daughter Virginia start singing careers for themselves.

The family sings different parts of the classic songs, with Andrea starting it all off with his rendition of ‘Over the Rainbow,’ from the 1939 film ‘The Wizard of Oz.’

After that song, we hear stunning performances of ‘Joy to the World,’ ‘Do You Hear What I Hear?’ ‘Have Yourself A Merry Little Christmas,’ and ‘The First Noel.’

The family also sings the classic ‘Feliz Navidad’ recorded in 1970 by Puerto Rican singer-songwriter Jose Feliciano. The hopeful lyrics say, “I want to wish you a merry Christmas from the bottom of my heart!”

Andrea’s oldest child, Matteo, has an amazing voice like his father. His tone and beauty are pure joy to listen to, and Andrea’s youngest, Virginia, has a unique sound too.

Andrea Bocelli has recorded over 17 albums, becoming a worldwide success story. He often mixes pop and classical styles, which led him to sell over 75 million records. Andrea is one of the few classical crossover artists who brought the genre to the masses. Now, he shares his family’s talent with the world during this incredible performance of ‘A Bocelli Family Christmas.’