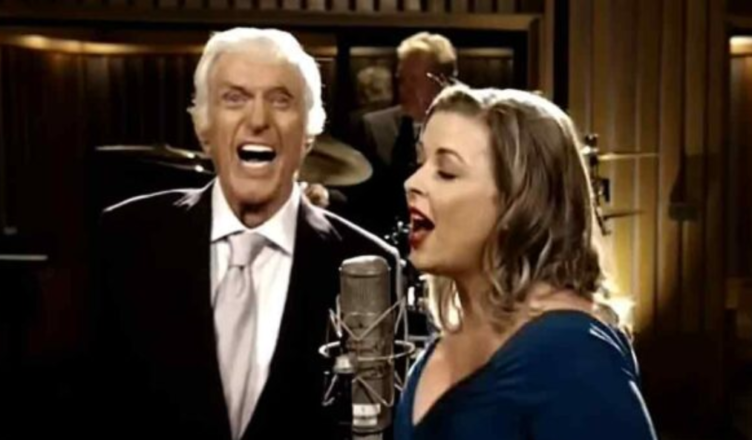 Dick Van Dyke is a legendary performer who is beloved by audiences everywhere. His extraordinary abilities have stayed with him into his 90s, and Dick showcases his skill while singing ‘Young at Heart’ with his wife, Arlene.

They look around, and Dick reads them out in shock, saying names like Dean Martin and Nat King Cole. Dick says it is his first time being in this recording studio, even though he has seen it from the outside.

They tell Dick they are using the ‘Frank Mic’ on him, as in the microphone that Frank Sinatra used. The guitarist puts his hands up and signals the musicians to begin. There is a pianist, drummer, sax player, and bassist.

Dick sings the first verse in his recording booth across from Arlene, and she picks up the second verse. They join together in the song’s chorus, and Dick waves his hands in the air as he sings.

After a music break, it transitions to Dick and Arlene in a suit and dress with the band behind them. The two dance and spin each other around as the musicians play.

As the song concludes, there’s footage of many older famous actors, singers, and comedians laughing and smiling. The band fades out while Dick and Arlene share a smile and an embrace.