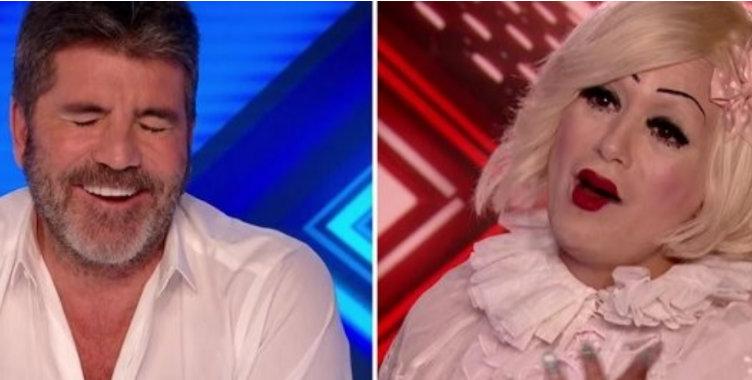 Chances are you’ve never seen someone – or anything – like Sada Vidoo. “Right now I’m not working because I’m a doll,” he tells the camera. “I dress like a doll every day. And I have different styles; different dresses; various aspects”. And there is no doubt that Sada is a person attached to her appearance. From her short blonde hair and doll-like lipstick, to her jerky movements and old-fashioned skirt, her ensemble is a sight to behold.

The judges, however, are unsure what to make of it. “Sada, you’re not a doll,” Simon tells her, trying to convince her, but she continues to maintain her posture. But the moment she opens her mouth and begins to sing, the atmosphere in Salamanca has totally changed.

The version she sings is definitely different from the original performed by Pat Benatar, and full of little doll quirks, but it’s also a different number and, no doubt, unforgettable.

The judges exchanged looks with each other as their jaws dropped upon hearing his voice. There’s even an awkwardly long pause after her performance ends, as the judges are speechless. Simon takes the lead with reviews, and the reviews are very mixed; but when the last moment comes to vote for Sada, the four judges arrive at the same decision.