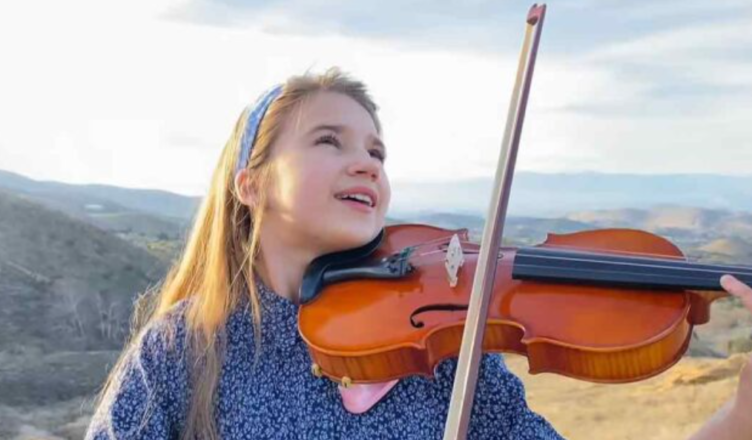 At just 14 years old, Karolina Protsenko is not what most people would picture when they think of master violinists. This performance shows that you cannot judge a musician by their appearance.

While Karolina might be young, she has been practicing violin for most of her life. The Ukrainian violinist began playing the same year she and her family moved to the United States.

Karolina Protsenko was only six years old when she took up the violin. Her parents immediately knew she was special. Three years after that, Karolina decided to take her musical career onto the streets.

Karolina might have only been nine years old, but that did not stop her from quickly catching attention on her busy street. But Karolina did not stop there. She wanted her music to reach a bigger audience.

So, Karolina took her musical career online. In less than two years, her fan base grew to 5 million followers in over 50 countries. Her videos on YouTube and other media sites have been viewed well over 400 million times.

The young Karolina Protsenko is not just an internet fad. She possesses measurable musical talent. This was a talent on full display in her fantastic cover of Unchained Melody by Righteous Brothers.

Watch Karolina Protsenko perform her version of this classic song in this stunning location. It will not take long to see why so many listeners are calling her one of the youngest violin masters to date.