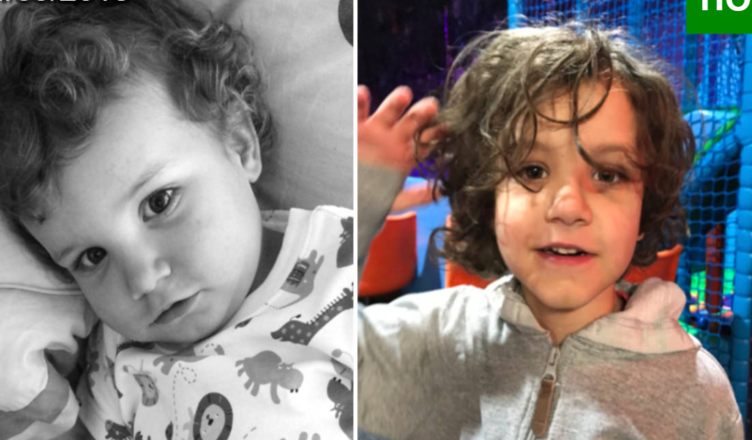 Children want to be like everyone else. They want to get along. They don’t want to stand out or be different. So it can be very painful when you ignore a child or leave him out while everyone else is having fun and enjoying.

Father Shane Stevenson couldn’t take it anymore. Every time there was a birthday for one of his friends’ children, they wouldn’t invite his 6-year-old son, Reilly. The reason? Reilly suffers from autism. Eventually, that was enough for Shane and he wrote to his «pseudo friends» a text message that spreaded like wildfire on the net.

6-year-old Reilly has autism and can not communicate with children his age. But he listens and understands, and he is a very happy child, according to his mother and father.

But Reilly has never been invited to a birthday party, not even once. And it broke his father Shane’s heart time after time. How come Shane’s friends didn’t invite Reilly even once when one of them had a birthday but they did invite all the other kids?

Shane felt he had kept it in himself long enough, so he sent an SMS to all his friends with kids to let them know how it felt to be on the other side.

«Right, it has been brewing for a long time so here it is, and you can like it or hate it. My son Reilly has autism, he is not a leper, he is 6 years old and those who are supposed to be my friends who also have kids are also having birthday parties. Not one invitation, not even one. Think about it while you go and f*ck yourselves, do you have any idea how painful it is?»

Shane’s wife shared his message on Twitter, and the post became viral all around the world. Shane’s message was shared thousands of times by people who wanted to help him spread the message. Among the reactions were people who wrote: «How lucky he is to have such a father» and «Amazing how a diagnosis can sort out the people you know to 1. Crappy friends, 2. Friends for life … Here’s a tip … The crappy friends are not important».

The mind of a child is gentle. And this post written by a father who is fed up with can help many people understand how a small act can have a huge meaning for a little boy.