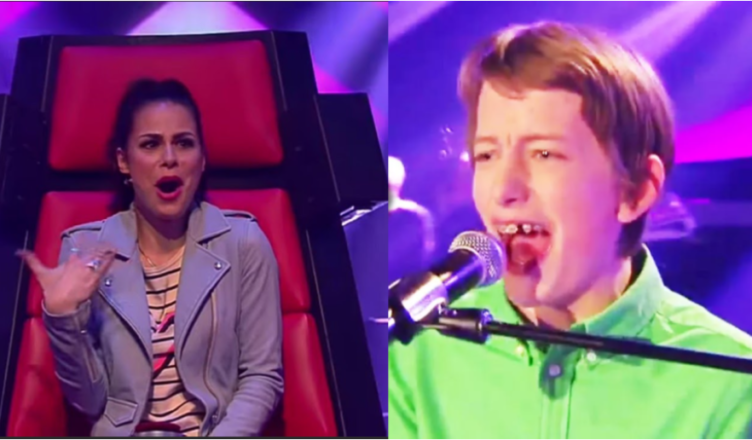 The most unexpected surprises can come in all shapes and sizes. There is nothing better than seeing someone who far exceeds anything you hoped to see with their enormous talent. And that usually happens in places all over the world, but this time we’re going to focus on a TV show in Germany, where the incredible voice of a boy named Tilman drove everyone who was there crazy.

Tilman is a 15-year-old boy who caused a stir around the world with his impressive performance in “The Voice Kids: Germany”. It only took him seconds to shock the jury and leave everyone with their jaws low to the ground. And to make it even more impressive, the song Tilman sang was notoriously difficult. The boy sang “Great Balls of Fire”, made famous by Jerry Lee Lewis. As soon as he goes on stage, he is accompanied by this aura of a rock star and a tremendous desire to give everything in his performance. Being a rock star is all about confidence, and Tilman seems to have it.

And the guy can not only sing incredibly well, he also plays the piano incredibly well. It’s not very often you see someone who has the perfect combination of musical ability and charisma, especially when that person isn’t even old enough to drive. Without a doubt, the best part was the reaction of the judges throughout the performance. I’ve never seen a judge bow like that, but I guess if anyone deserves that honor, it’s Tilman. Do not miss the incredible video that we leave you below!