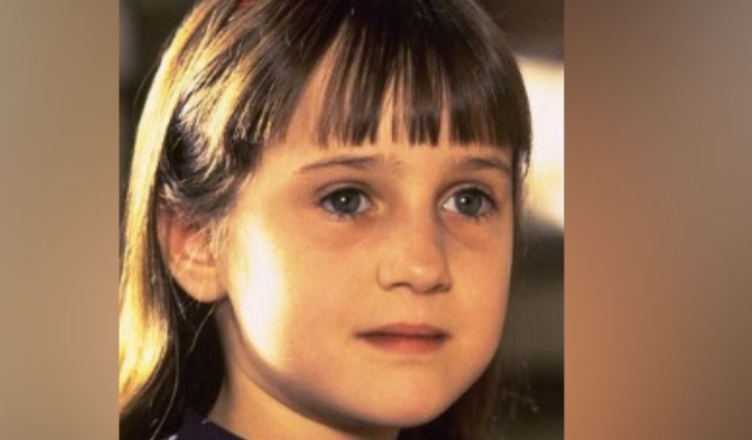 They made all the difference.

Child star Mara Wilson came to fame during the 1990s, starring in three blockbuster films before age 10.
She became well recognized after her roles in “Mrs. Doubtfire” (1993), “Miracle on 34th Street” (1994), and “Matilda” (1995), but just after the filming of Matilda in the early 90s, a young Mara lost her mother after a long battle with cancer.

She was only 8 years old when her mother passed away, leaving a huge hole in her heart that time would never heal.

During this grief-stricken time, post-production work for “Matilda” still needed to be done, something that Mara remembers as a positive force in an otherwise hectic life.

“Filming had wrapped, and it was about six months later, while we were doing post-production work when my mother passed away,” she told Parade in 2013.

The film “Matilda” was dedicated to Mara’s mother Suzie’s memory, and DeVito ensured Suzie would see Mara’s moment of fame, by showing her an early, special cut of the film while she was still in the hospital.

It wasn’t always easy to cope, though. Like any child with a sick parent, Wilson struggled with her mother’s illness.

That’s where co-stars and film parents Danny DeVito and Rhea Perlman came in.

The couple would often babysit the young Mara while her mother was in the hospital.

“They’re great people. They were really there for me and my family,” Wilson wrote in her memoir.
“They had a movie theater, and we’d watch Oliver and Company and Twister and all these kids’ movies.”

“It really kept me distracted , and it really did keep me happy.”

In the movie, DeVito and Perlman play a pair of oppressive parents who refuse to let their daughter realize her true powers. But off-screen, Wilson says, they were incredibly supportive and helpful.

“It felt very familial on that set,” Wilson told Parade.
“I was going through a hard time and I know I had hard days, but everyone on the film was so nice.”

“Danny [DeVito] and Rhea [Perlman] were like my favorite aunt and uncle. It was wonderful. I remember feeling anxious when the movie wrapped, and it was really hard to go back to being normal and dealing with my mom’s sickness,” Wilson remembers.

“I definitely feel like having that family there, and having people willing to take care of us and help us out, made it easier.”

In 2015, Mara Wilson opened up about her struggles with mental health, revealing she suffers from anxiety, depression, and OCD.

Learn more in the video below.