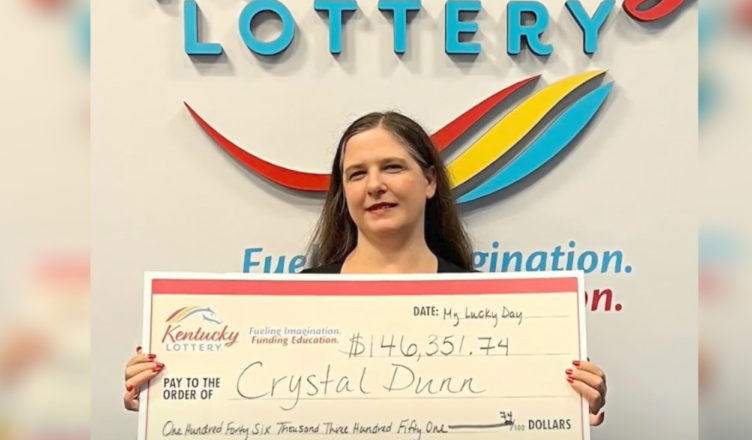 This woman is incredibly generous and kind. The lottery is one of the biggest games of luck. You choose a few numbers out of the many and bet your last dollar on it. While doing so may be a matter of Math, there are just too many number combinations to bet on.

Indeed, it is a game of luck, and only a few fortunate ones get to win it. We watch the news announce that someone won the jackpot with amazement and a bit of envy. Admit it – you wish it were you, right?

The least we could do is be happy for the winner and wish they would be wise in spending all that money. After all, money brings out your real character, whether you are kind or selfish. What you do with your winnings can speak a lot about you.

A woman in Louisville, Kentucky, tried her luck in one of the lottery games online. Crystal Dunn played Bank Buster Jackpot Instant Play and bet $20 on a game.

Luck was indeed on her side when she won $146,351! She didn’t believe it at first – she probably thought winning the game that easily was impossible. Soon, she received an official email from the lottery confirming her winnings.

“It’s a pretty exciting feeling. I never thought I would win something like this, but this goes to show it can happen,” she told WDBJ7.

So much to give away
Crystal went to the lottery office to claim her prize of $103,909.73 after taxes. That’s quite a lot, and it is overwhelming to handle that much money.

She had more than a few things in mind about what to do with all that. However, there was one thing she always wanted to do – to give back to the community.

So, she headed to a grocery store nearby the area where she lived and bought $2,000 gift cards. What a generous heart!

With her gesture, we could see how people are not so accustomed to this kind of kindness. In that same report, Crystal said people were taken aback when she handed them a gift card. They thought she was asking for something in return.

Something for herself and others

Crystal told the lottery officials that she did all that to pass along her good fortune. She is a firm believer in paying kindness and blessings forward. She also believed it was like a reward for working hard for everything she had.

Despite that, Crystal also had plans for herself. She said she would use her winnings to pay her bills and buy a new car.

What would you do if you won the lottery?

Crystal’s story showed us that it could be us if fate wills it. So, we want to ask, if luck was on your side and you won the lottery, what would you do with all that money?

Let us know what you think by commenting below. We hope you can also share it with those who need it as Crystal did.