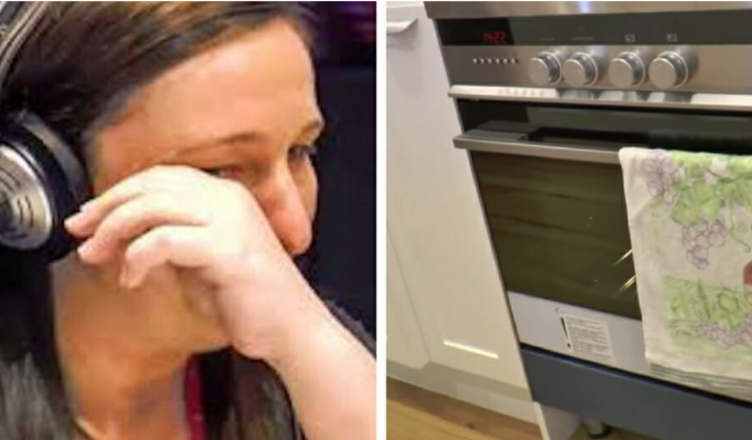 For Amanda Sydney life was starting to look a little better again. Amanda comes from Australia and 2017 was set to be a great year for her, filled with love and greatness and a bright future!

Three long years is how long she and her husband tried for a baby until finally, she conceived and they had just moved into their house that they had been renovating for over two years.

Amanda was on top form, in fact, she couldn’t have been any happier if she tried. Her life and hopes and dreams were all but to be smashed in the worst way possible.
Completely out of the blue her husband dropped a bombshell on her, he told her he wanted to leave and without hesitation left, out of the door, gone! Without even having a chance to take a breath, Amanda was all alone, pregnant and bills up to the wazoo!

Without any money and a baby coming along soon, Amanda by herself, a complete emotional mess and not knowing what was in store for her or her child, pondered her situation. Her friend Anna was thankfully with her, and emotionally supporting her, but it was her that had a great idea to write to the local radio station, KIIS 1065 to ask if they would consider her for a spot in their “give back” segment.

The radio station learned of Amanda’s position and they decided to get involved and help. They knew that alone it would be hard to help so they brought local businesses into the picture to make an amazing show.

They invited Amanda and Anna to the radio studios to do a segment with them, but Amanda had no clue what was going to happen. As she spoke to the radio hosts she told them how the worse part was the uncertainty of the whole situation.

“It’s been about five weeks since it happened” … “And the biggest thing is just the shock, I guess because it wasn’t really what we planned, or what I planned.”

Amanda finished telling her story then the radio hostess turned to her to face a television screen behind her, it was a video tour of her new house. They highlighted what they had done for her to help, to her surprise!

A vacuum cleaner was to symbolize free home cleaning for the next six months, the food in the refrigerator was a gift from Eat Fit Food, and a commitment to bring daily meals for the next three months! On the countertop was $4,000 of baby supplies for her, with a $1,000 voucher for baby pictures even!!

But when the camera came to the oven, and the door was open, everyone lost it!!
INSIDE THE OVEN WAS A HUGE STACK OF CASH… $10,000 SO AMANDA WILL NOT HAVE TO WORRY ABOUT HER MORTGAGE FOR QUITE SOME TIME, AMAZING RIGHT?