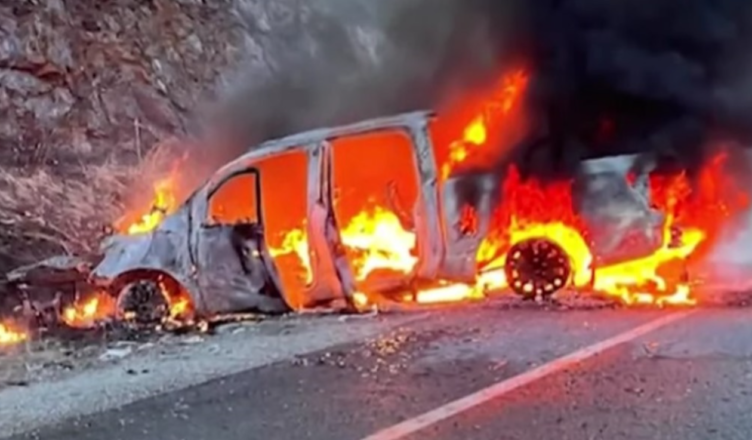 The brothers flew out of their own vehicle the moment they saw the stranger crash, and there wasn’t a moment to spare.

It’s not every day that you get a chance to be a hero. For teenage boys Vincent and Jack Heck, however, that day happened not too long ago when they noticed something happening on the highway. Since then, the town has been hailing these two as heroes. Once you hear their story, “hero” is the exact word that should be used!

Vincent and Jake Heck are 19 and 16-year-old teenagers, respectively.

The two brothers were in the car with their family, heading to Maryland from Hillsboro, where the two are from. While passing through Nelson, New Hampshire, however, the family had a bit of a detour when they noticed something amiss on the highway.

As their mom was driving, the brothers watched a pickup truck swerve and crash into a rock off the road on Route 9.

“I immediately told my mom to pull over, and before she even stopped the vehicle, I jumped right out and ran over,” Vincent told WMUR.

Reaching the wreck, they knew it was mere moments before things got worse.

Smoke was pouring out of the vehicle, and the person inside wasn’t moving. Approaching, the boys realized that there was an unconscious man trapped inside the now-burning car. Quickly reacting, they pulled the door open and grabbed the man out of the car.

The boys weren’t a moment too soon, either. Within seconds the truck was roaring with deadly flames.

As the truck roared with fire behind them, they focused on the task at hand. Vincent began checking the man for injuries while Jake took one last look to make sure that nobody was in the back of the truck. Once they were all clear, they started CPR on the unresponsive man.

When the local fire chief arrived, he knew that the boys had just saved that man’s life.

After emergency CPR, the man appeared stable enough for transport. The proper authorities took over and began helping the situation as needed. Still, although the professionals had arrived, everyone around knew that the boys had just done something amazing.

Later on, the brothers explained their reasoning for putting themselves at risk for a stranger.

“I did what I could do. If it wasn’t for my brother getting him out of that car, he would not have survived. I was not fast enough to get him out of the car,” Jake told WMUR.

“I just think I was doing what any normal human being should do. I wish somebody would do the same for me,” Vincent said.

If those two aren’t heroes, nobody is! Check out the video below.