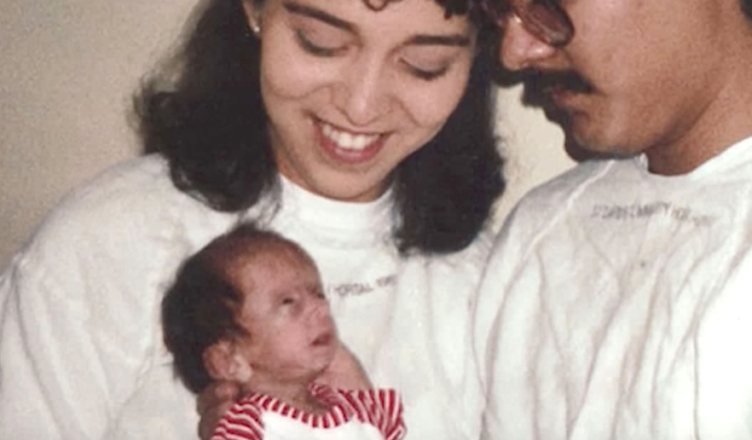 When Lizzie Velasquez got into kindergarten, she realized she was different.

And this was also the first time she was a victim of bullying.

When she was born in 1989, Lizzie Velasquez weighed only 1.2 pounds, and her face looked different from the other babies in the maternity ward.

Doctors diagnosed her with a very rare hereditary genetic disease called Marfan Syndrome, a disease that only very few people in the world suffer from. The disease prevents fat from accumulating in Lizzie’s body and she cannot gain weight, it causes her to age faster than people who do not suffer from the disease, and she remains blind in one eye.

In kindergarten, kids started laughing at Lizzie, and during her childhood, she was told that her face was ‘disgusting’.

«At the time, I thought everyone looked like me. I didn’t recognize or know they didn’t look like me», she said.

Cyberbullying
But Lizzie suffered the worst case of bullying when she was 16 years old. One day, she browsed the internet, and came across a shocking video on YouTube. A nasty person created a video about her and uploaded it online. In the video, that quickly gained millions of views, the one who created it called her «the ugliest woman in the world».

Difficult and terrible words for anyone to hear.

Lizzie said the world around her collapsed when she saw the video. She read all the comments and there was not a single good comment about her.

It is crazy to think how thousands of people are able to sit behind their computer and behave like virtual bullies towards a 16-year-old girl suffering from an extreme illness. How are these people able to sleep at night?

Stronger than her haters
For most people, all this hate would be hard to digest. But Lizzie is not like most people. She showed all her haters how strong she was.

Today, at 28 years, Lizzie is a successful businesswoman. She travels around the world and lectures people about her illness and life. She has her own YouTube channel with more than 700,000 followers, and she uses its platform to fight bullying.

«That’s my mission. That’s what I have to do for the rest of my life. I want to think that I’m not just telling my story, but I’m telling everyone’s story», Lizzie said.

All the bullying and haters who wrote bad things about Lizzie failed to bring her down. Because Lizzie has shown them that she is much stronger than they are — and she is far more successful today than they ever will be.

Lizzie has written a bestselling book about her life, she is a university graduate, and has a successful family and career.