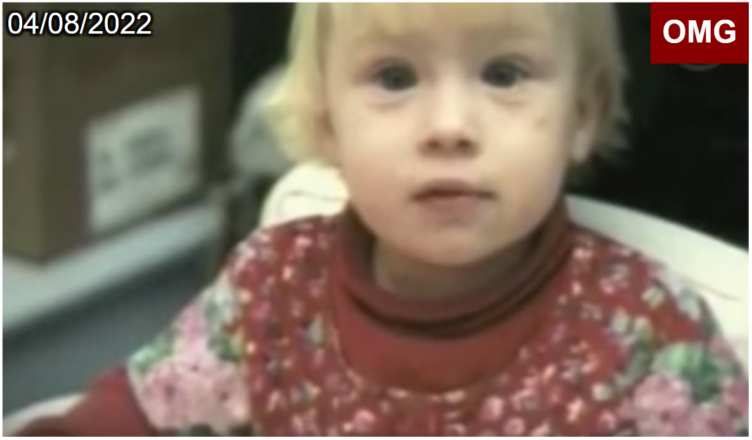 Some life stories are more exciting than others. They may start in a gloomy way — but many times, thanks to hope, faith and determination — they reach places that no one thought would be possible.

And this is one of those stories — stories that end in a miracle, and it all started in 1992 in Siberia, Russia.

It was in February 29, 1992, in a small village near Bratsk, Russia, a baby girl was born. Her parents named her Tatiana.

The girl, who was then named Tatiana, suffered from a birth defect called the Mammillary Fibula.

This means that she was missing her tibia bones, as well as her ankles, heels, and other bones in her legs. As a result, the chances of her being able to walk were nil.

Both of Tatiana’s parents were very young, only 17 and 18 years old at the time, and they were convinced that they were not able to take care of their daughter.

So instead, they left the poor baby in an orphanage in Siberia.

There, in absolute hell, Tatiana spent her first years of life.

But one day everything changed.

An American couple, Beth and Steve Long, saw a photo of Tatiana in an international adoption database, and after hearing about her tragic story, they decided to take action.

They traveled to the other side of the world, and adopted the 13-month-old baby.

They brought her back to Baltimore, United States, where she was given a new home, a new life and a loving family.

She was named Jessica and immediately received the best medical care possible.

Five months later, when Jessica was 18 months old, doctors had to amputate both of her legs — and she learned to walk with prostheses.

Jessica learned to walk very quickly. Her competitive spirit was very strong, and despite her physical limitations, Jessica developed an interest in sports.

She learned to swim in her grandparents’ pool.

She improved day by day, and in 2004, she became the youngest American athlete ever to take part in the Paralympic Games, which were held that year in Athens, Greece.

Despite being the youngest of all competitors, she won three gold medals!

Jessica Long’s success didn’t stop there. She collected more and more medals, broke world records, and very quickly became one of the best swimmers in the world.

In 2012, when Jessica competed in the Paralympic Games in London, Natalia and Oleg Valtisheva watched her compete from their home in Russia.

But they had no idea that the star swimmer was actually their biological daughter.

And that too was about to change.

After Jessica’s success in London, Russian journalists heard about her story. They knew that Jessica wanted to meet her biological parents and began research work to locate them.

After some time, it turned out that her parents live in Bratsk. And after contacting them they agreed to meet with Jessica.

20 years after they parted ways, Jessica was reunited with her biological mother and father, and her three siblings.

It was an emotional encounter that neither of them will ever forget.

«I met my Russian family. I love them more than I can describe. My heart is now full», Jessica wrote on Twitter.

When she was little, no one imagined that she would become an Olympic athlete sweeping medal after medal, but she did it against all odds.

Jessica proved that anything is possible, and she came full circle when she met her biological family.

«It was a journey I will never forget. The picture says it all.. I just love it», Jessica wrote.

Hope is the last thing to disappear, as Jessica Long proved. What a great inspiration!