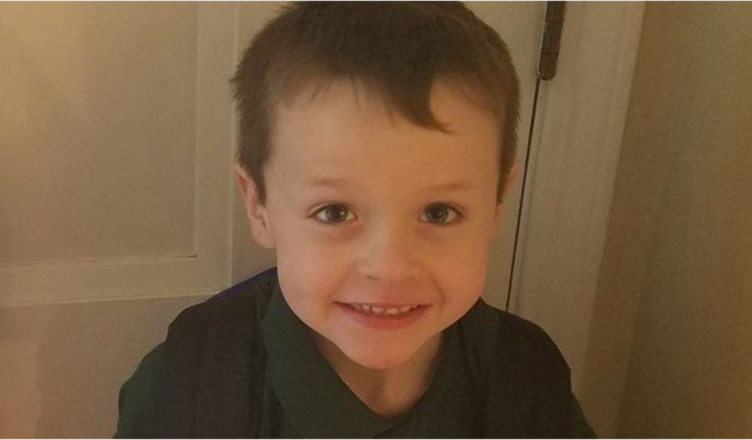 Kids will always have healthy imaginations. It’s what makes the innocence of youth so revered by adults. We never wants kids to feel as though they can’t be themselves, which is why we let them imagine things that are sometimes so outrageous they seem ridiculous to us.

But a school in Modesto, California, felt that one boy’s imagination went too far, and it threatened the safety of other students.

Five-year-old Jackson Riley was in his third week of kindergarten at Great Valley Academy, when a teacher looked inside his backpack. Jackson was suspended from school for a day, and now the parents want answers.

So what did the teacher find?

Well, the teacher found nothing. But it’s what Jackson told her was in the bag that prompted his suspension. The imaginative kid told his teacher there was a bomb in his bag, and that if he took it off, the bomb would explode.

«He said he couldn’t take his backpack off because it would explode, meaning he doesn’t want anybody to get hurt, so I mean, granted, it’s all in the world of pretend-play, and we’re talking about an imaginary bomb,» Jackson’s mother, Michelle Riley, told Fox 40.

«He’s got an imagination,» Ian Riley, Jackson’s dad, said. «In his mind, he’s being this hero that’s preventing you from being exploded from an imaginary bomb in his backpack.»

But the school didn’t see it the same way. Jackson was suspended for «intentionally engaged in harassment, threats or intimidation,» according to a letter sent to all parents after the incident. The letter explicitly stated, however, that the rule only applied to students from grades four through 12, so the school later amended Jackson’s permanent record to say he «made terrorist threats to school officials.»

«But where was the threat? We still haven’t really received a clear answer to that,» Michelle Riley said.

The Rileys want to make it clear that they’re not upset with Jackson’s teachers and administrators, but with the entire process.

«We really want it to be known that we love the teachers and we love the environment, we just have an issue with the policy,» Ian Riley said. ‘We think the administration acted far to harsh for a 5-year-old. We truly want to stress that our issue is with administration, and that we absolutely love and adore our children’s teacher. She has been amazing with our son.»

They’re also worried about how these «terrorist threats» on Jackson’s permanent record could affect him in the future.

«It becomes easy to label the kid, «˜Yeah, he already made a terrorist threat. It wouldn’t shock me if he meant this in malice too,'» Michelle Riley said.

Do you think the school went too far with their actions?