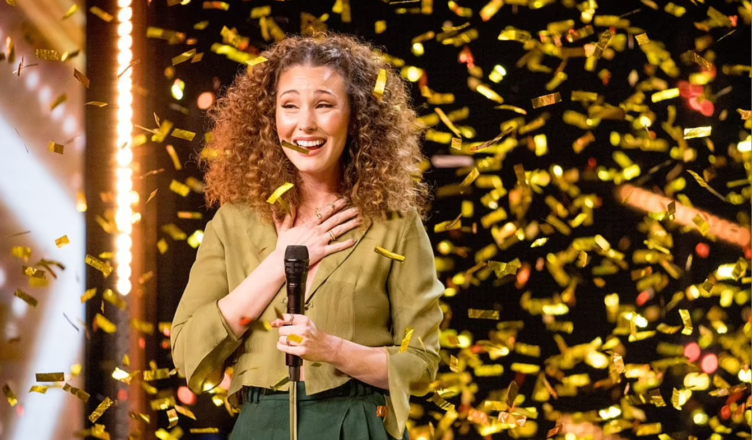 All hopefuls who audition for the ‘Got Talent’ franchise are dreaming of getting that ‘Golden Buzzer’.

To them, it’s not just an advance ticket to the live semi-finals. Its meaning goes beyond that.

It’s an honor of being recognized by the world’s greatest talented people. It is like being incredibly different from the other auditionees.

Just recently, one New Yorker tried her luck at the 15th series of ‘Britain’s Got Talent’.

She’s Loren Allred from Brooklyn, New York and she wowed not just everyone present in the entire audition venue but the rest of the world!

Her prepared audition piece was the famous song ‘Never Enough’. It’s from the fifth-highest-grossing live-action musical film of all time ‘The Greatest Showman’.

Impressed: Loren looked set for even greater success after Amanda Holden excitedly pressed her buzzer for the singer — who was previously embroiled in a fix row amid her worldwide success

What a voice:  Lauren sang her heart out on stage

Before she even sang, judge Simon Cowell asked her to share something about herself.

And she left everyone stunned with her response, “Well, I think some of you guys have actually heard my voice but you don’t know my face.”

Make sure to watch Allred’s spine-chilling performance in the video below.