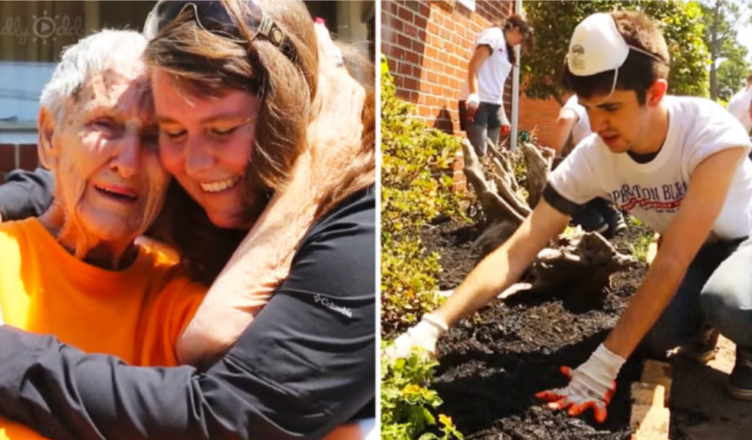 Being old comes with lots of physical and health limitations. The weariness and weakness of the body cannot be dodged by most people. 90-year-old Agnes isn’t spared from these challenges.

Ever since her husband died, the widow has been living alone on her property. Living in self-isolation, everything began to get harder and harder for her. Being stuck in a wheelchair, she barely got to move around to sustain her daily life.

As if all this wasn’t enough, Agnes was now faced with a complaint from her neighbors. Now Agnes lived alone, but she had relatives. There’s this particular problematic one that comes to dump refuse on her property. This had been the norm for several years, and it affected her negatively.

The heap of rubbish on the widow’s property made it an eyesore and gathered complaints from neighbors. Unable to bear it, her neighbors moved to file a complaint about her property. The city intervened and warned Agnes that she’d be mandated to pay $2,500 daily if her yard isn’t cleaned up soon.

Faced with the possibility of paying this whopping sum, Agnes began to seek help. She contacted “Operation Blessing”, An organization dedicated to spread God’s love and ease human suffering, not just in the country but worldwide.

A team from the organization visited Agnes. Fortunately, they didn’t just check up on her; they began to clean out her property the same day. They cleared the rubbish from her yard, and it didn’t stop there.

Passerbys joined in, helping her clean to her wildest surprise. They fixed her leaking roof, installed a new AC, tore down an old shelter and trailer, and planted flower beds in its place. All hands were on deck for her.

A new pathway emerged, and it made her moving in her wheelchair much easier. At the end of the day, this widow was close to tears. Her situation proves that there are still good people in the world. And the most important part, she was relieved of the enormous fine.