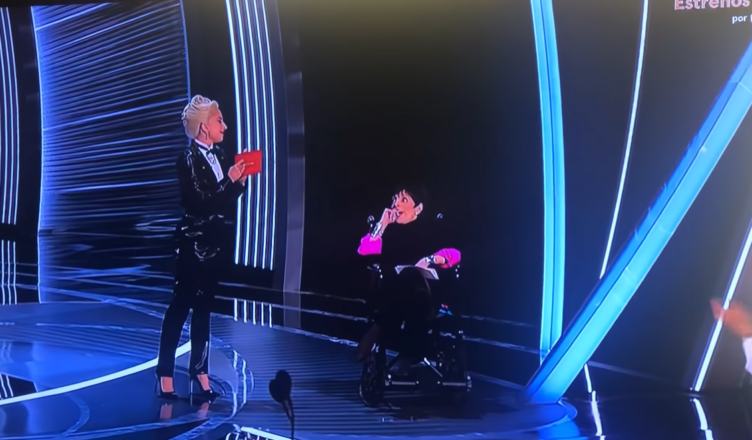 The Oscars had their fair share of historical moments. One involved Lady Gaga and Liza Minnelli. As the night was drawing to a close, the two appeared on stage to present the ‘Best Picture’ award.

As soon as Liza appeared on stage, the audience rose to their feet. They gave resounding applause that lasted for a long time. The presenters had to wait to speak.

Lady Gaga had her hand on Liza’s shoulder while stirring up the crowd by acknowledging the 50th anniversary of Liza’s performance in ‘Cabaret.’ Lady Gaga said to Liza, ‘You see that the public, they love you!’

The musical ‘Cabaret’ featured Minnelli, who won an Academy Award for Best Actress in 1972. The movie was directed by the legendary Bob Fosse. Liza’s talent could have come from her famous mother, Judy Garland.

Liza begins to present the award for ‘Best Picture,’ but she stumbles over a few words in the process. Lady Gaga puts her hand on Liza’s shoulder, leans into her, and whispers, ‘I got you.’

Lady Gaga continues the presentation, and Liza smiles. It was a beautiful gesture to save Liza as she struggled with the notecards. Everyone appreciated Gaga’s kindness and compassion.