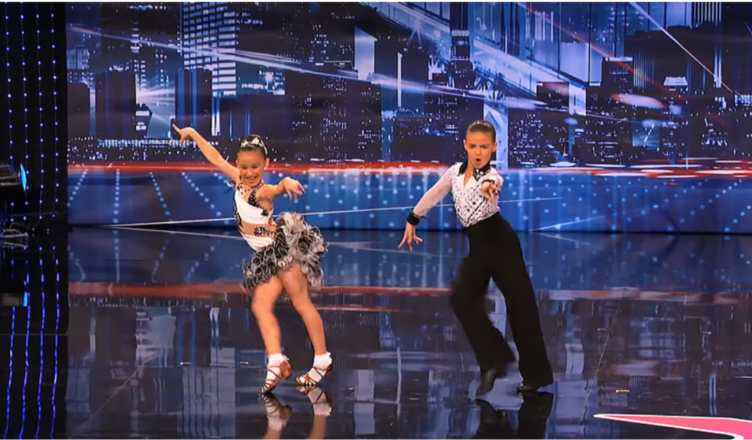 On America’s Got Talent, a brother and sister compete against each other to see who is the better pair of younger dancers. Ruby is nine years old and her older brother, D’Angelo, is twelve.

D’Angelo was wearing a bowtie with suspenders, and his partner Amanda was wearing a bright green dress. Amanda is thirteen and has been dancing with D’Angelo for six years.

Ruby’s dance partner is Jonas, who is ten years old. The siblings are supportive of each other, but of course, there is a friendly rivalry between them.

D’Angelo tells Amanda that he wishes the best for his sister while also hoping they mess up. On the other hand, Ruby is quite sure that she will outshine her brother.

When it came to the performances, Ruby and Jonas’ was exciting and full of flair. The young ballroom dancers surprised everyone with their skill, and the crowd was cheering for them the entire time.

D’Angelo showed that he and Amanda had a few more years of experience than his sister. Their routine was more than just a dance. It told a story that was full of comedy.

The judges loved both of their performances. They continued on to the next stage of the competition, where they would continue to compete against each other. There was no shortage of compliments for both the young pairs of dancers.