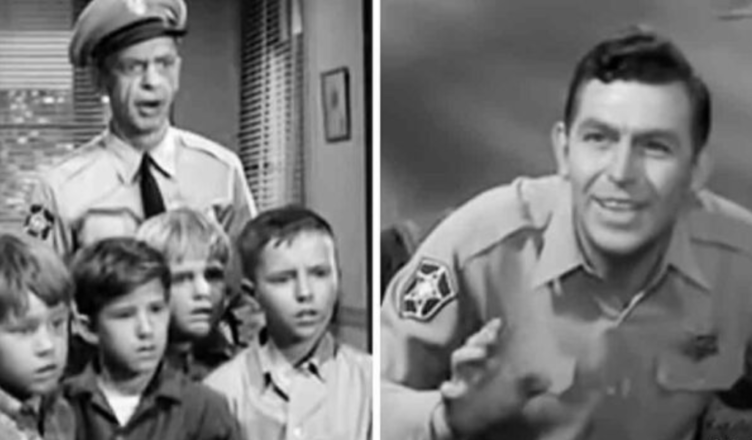 Few people can tell a story like Sheriff Andy Taylor. His rendition of The American Revolution has Opie, his friends, and especially his deputy, Barney, on the edge of their seats.

Andy speaks in the conversational language of the South and in terms that even young Opie and his friends can understand. Andy is excited and expressive as he talks, gesturing and making sound effects.

“This country was a part of England,” Sheriff Taylor begins, “and we wasn’t gettin’ along with ‘em too good.”

Besides Andy’s captivating storytelling, perhaps the most entertaining part of this scene is Deputy Barney Fife’s reaction as history unfolds. Barney’s expression is priceless; it’s almost as if this is the first time he is hearing the story, even though he’s previously boasted that history was his best subject in school.

“The British is coming!” Andy recounts, as the story intensifies and he describes Paul Revere as a “good ‘ole guy” riding his horse. Andy goes on to explain “the shot heard ‘round the world,” and his Deputy gasps in surprise.

This classic scene is such a feel-good moment in the show that reminds us of a nostalgic time when we learned history from our parents’ and grandparents’ stories. That’s some of the best education kids can ever receive.