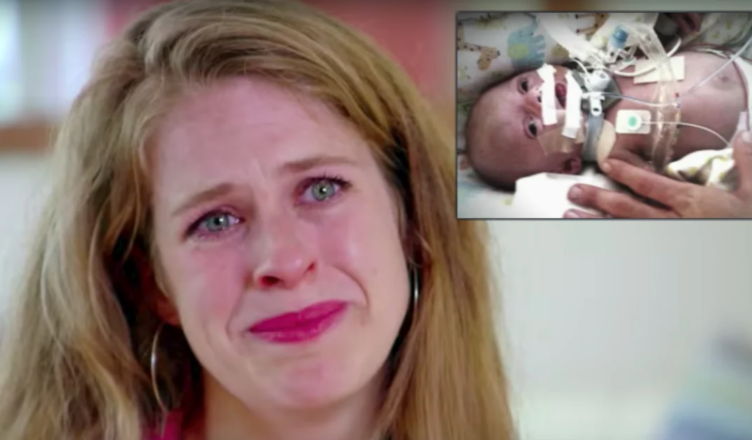 The biggest dream of most young couples is to start a family. That’s why Katie and Josh Butler were overjoyed when they found out they were having a baby.

But their hopes and desires turned to the ground before they had barely begun the journey of parenthood.

When Katie went for her 20th week ultrasound, they found out something wasn’t quite right. The doctors couldn’t find out exactly what the problem was, but they knew there was indeed a problem.

And so began their rollercoaster journey.. one that would take many, many twists and turns before it ended.

After Katie and Josh’s baby Dewey was born, he was rushed to intensive care in an attempt to save his life. Unfortunately, it did not help, and he passed away after 132 days of struggle. His heart could not withstand the strain during surgery trying to fit him with a feeding tube.

Naturally, Katie and Josh were heartbroken. They were sure that Dewey would win this battle, so his death hit them hard and left them in deep mourning.

«I felt so guilty for thinking that, but there was also a sense of relief, he’s finally recovered and I know I’ll see him again», Katie said.

The parents turned in prayers to God to help them. Then while Katie and Josh were remembering the life of their sweet Dewey, suddenly a miracle happened.

One of the nurses in intensive care called the couple to inform them that there was a baby on the fifth floor of the hospital and he needed a mother and father. The baby, named Brax, suffered from many health problems and his family could no longer care for him.

Katie and Josh didn’t know what to expect. But four days later, they met a sweet boy. Brax was born prematurely at 27 weeks. At 11 months old, he still hasn’t left the hospital, he suffered from chronic respiratory failure, pulmonary hypertension, and he needed a device to help him breathe. But Katie and Josh were told there was a very good chance his condition would improve as he can grew older.

It was not at all a question as to what the couple would do. They took Brax home and became a foster family for him. So, when they could, several months later, they officially adopted him.

«As soon as we brought him home, his health began to improve. He still needs oxygen to breathe, but his movement and nutrition have improved greatly. He knows us and smiles at us and can recognize us. Our family welcomed him with open arms. We have all this love because of Dewey, and we want to pour this love into Brax».

We wish Katie and Josh a lifetime of happiness with little Brax. What happened to Dewey is extremely sad, but there is light at the end of the black tunnel for the family in the form of a tender baby who needs their help.

Share this story if you believe God had a part in giving Katie and Josh another chance.