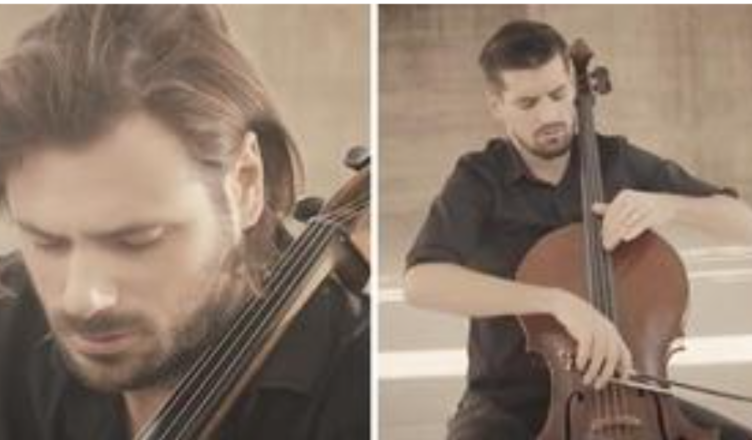 Instrumental music is everywhere. Electronic Dance Music rules the dancefloor. And others at home are enjoying instrumental music to relax and study along to. Film soundtracks have no lyrics and yet, it can still move you emotionally.

But is it just as good when you replace a singer with a cello?

The proof is in the pudding once you check out this cover of «Hallelujah» by Leonard Cohen. It effortlessly perks up your ears and pulls your heartstrings with its beautiful dueling cellos.

This is utter bliss for your ears.

Leonard Cohen has proven to be a phenomena with Hallelujah’s covers, despite the lukewarm reception of the 1984 original. Most notably, the 1994 Alternative Rock version by Jeff Buckley is what brought this amazing song into the mainstream.

It became such a hit that the original appeared in Shrek seven years later.

Even with artists like Bob Dylan, Justin Timberlake, and Bon Jovi covering Hallelujah, 2CELLOS’ audio-visual euphoria is on a whole other level. We dare you to listen to the whole thing without crying a single tear. You can imagine Leonard Cohen and Jeff Buckley smiling down at them for this.

2CELLOS is Luka Sulic and Stjepan Hauser of Croatia and they are no stranger to reimagining classics. They play everything from the Pirates Of The Carribbean theme to AC/DC’s hard rock anthem «Thunderstruck».  The first time they broke the internet was with their cover of «Smooth Criminal» by Michael Jackson, which has over 830 million views.

Now that you’ve felt the glorious sounds of 2CELLOS, show this to a close friend, family, a partner, or anyone you love. The world needs a little slice of heaven like this.