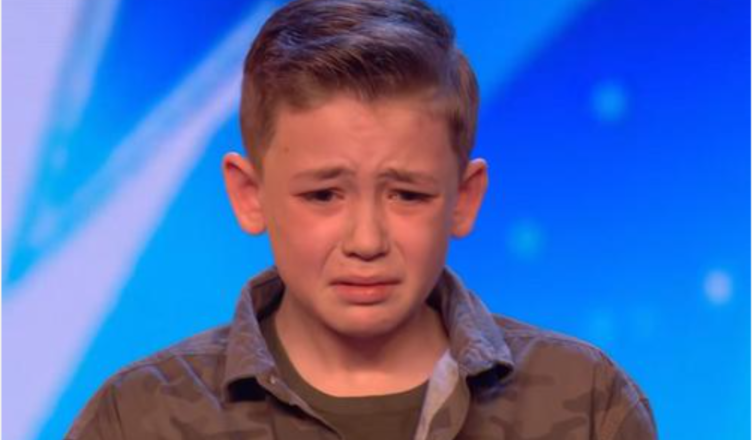 There are many different types of acts on televised talent shows. Some of them leave the studio audience and television viewers speechless. This was the case with a 10-year-old boy from Essex, UK named Calum Courtney. He is a young boy with autism. Calum struggles to make friends as well as connect with people.

The music he sings has provided him with a special connection to the audience watching him. It was during ‘Britain’s Got Talent’ that Calum had the opportunity to provide the show’s judges, as well as the audience, with the performance of a lifetime.

Calum’s mother tells people how autism has not been easy for her son. She lets people know how she believes it has provided him with a superpower for developing musical skills, as mentioned here by The Sun. She explains if anyone looks at Calum’s audition, they’ll understand why. It seems as if he doesn’t get nervous if there is an audience watching him sing. There could be one to 100 people watching him and it wouldn’t bother him. He just loves to sing.

Performing in public is not a new experience for Calum. There is footage of him on the internet singing his heart out in a local ASDA store. Once it surfaced, the video went viral with more than two million YouTube views. His warm and clear voice got Calum recognition by national newspapers in the United Kingdom. Calum’s mother explains how special it feels for her to hear her son’s singing voice. According to her, Calum is always going around the house and singing, The Sun continues. He doesn’t have any problem singing in public and seems to act like the more people that watch him the more he has a desire to sing.

When he came on stage the judges asked Calum if he was nervous. The little boy appeared to be shy and said no in a sweet and soft voice. It appears the judges were not convinced. The minute the young boy started singing, they began to believe he was definitely not nervous. Calum provided those watching him with an impressive, iconic performance of a song by the Jackson 5 called «Who’s Loving You.»

Many people have commented that he has the voice of an angel. The audience seemed to agree with that observation. The boy’s voice is beautiful and crisp and he hits every note. There were many friends and family members of Calum’s in the audience to support him. When Calum began performing, they all appeared to be very emotional.

After Calum finished singing, he was met with loud and energetic applause as well as all four of the judges giving him a standing ovation. Simon Cowell easily gave two thumbs up. Judge David Williams explained how Calum sang a big song for a little guy. He said Calum did a brilliant job and should be very proud of himself.

This is when the little boy was overcome with emotion and began crying. His little brother quickly came on the stage and hugged Calum. All who saw this felt it was a truly beautiful moment. Judge Amanda Holden was hoping Calum’s crying was tears of happiness. She then told the young boy this could have been one of the largest reactions for anyone on the stage and told him he did fantastically.

Special Judge Simon Cowell was also anxious to share his thoughts. He told Calum how he has got soul and that he had an authentic voice. Cowell also said Calum had a great tone to his voice as well as completely controlling the song. He then told Calum his performance was really good and he liked the young boy’s performance a lot.

This inspiring story about a boy with autism having an opportunity to showcase his singing talent with a national audience is just the thing someone needs to watch to brighten their day. So spread the inspiration!