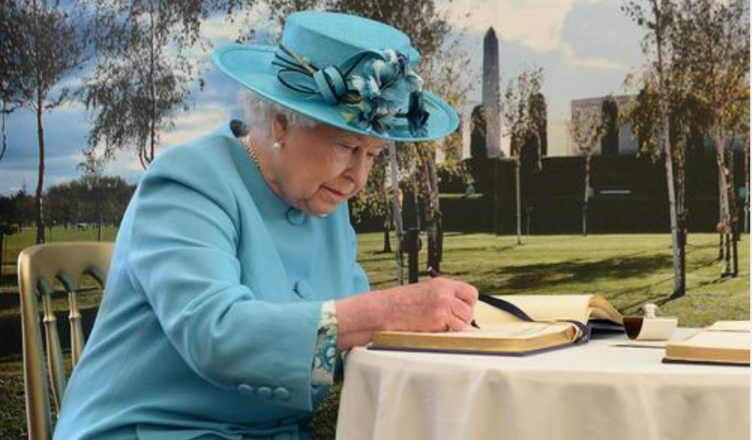 The British royal family is iconic for a long list of reasons, and they have continued to leave their mark on the world for many, many decades. People have watched their elegant and elaborate weddings and have continued to be entranced by their astonishing photographs. From waving on the Buckingham Palace balcony to making a grand appearance during a public outing, the royal family never fails to make their presence known.

Queen Elizabeth II was the reigning monarch of England for an incredible 70 years, but sadly her time came to an end when she passed away on Sept. 8, 2022. She passed away while at her home in Balmoral after Buckingham Palace had earlier announced that she was under medical attention. It was a devastating day for the royal family as many members gathered to be by her side in her final moments.

Before she passed, she accomplished a great deal of feats. Despite making it to an incredible 96 years of age, the queen proved there was no slowing her down. 2022 was a big year for her after she celebrated 70 years as Queen of the United Kingdom and 15 Commonwealth realms in February 2022. This was not only a milestone for her but for the entire world, as she was the first British ruling monarch to reach the seven-decade mark.

And many years before her death, the queen had written a letter that was sealed and hidden away at the Queen Victoria Building in Australia. It won’t be opened until 2085.

The queen had made history with many accomplishments over the 96 years of her life, 70 of which included her reign as a British monarch. And even though she helped carry on traditions while being a working royal, she also had a tendency to act in her own way, even if that meant going against the grain.

Elizabeth was quite the trailblazer herself, forgoing the tradition of having a senior politician present for every royal birth. Historian Kate Williams told The British Heritage, “until then, it was going to be witnessed, not in the room but outside, by Prime Ministers, by Home Secretaries.”

However, Elizabeth’s father, King George VI, would not have it. “Royal births were always witnessed by a senior politician, and the Queen’s father said no. So he put an end to that protocol. He said, ‘even though she’s giving birth to the heir of the throne, we are not going to have this witness,’” Williams added.

Elizabeth also broke with tradition by having her husband, the late Prince Philip, present for the birth of their youngest son.

The queen certainly left a lasting impression on future royal generations as more royal babies were born. She also made sure to leave her legacy behind somewhere outside of the UK and the Commonwealth areas.

According to The Sydney Morning Herald, there is a secret dome high above the Queen Victoria Building (QVB) in Sydney, Australia. It is reminiscent of the domes of St. Paul’s Cathedral in London, England, and St. Peter’s in Rome, Italy. The QVB management team has worked diligently to ensure that the dome remained off-limits to the public and to any employees who worked on the lower floors.

But back in October 2012, tour groups were allowed inside during what was considered to be one of the “hidden tours.” There, they saw the space between the inner stained glass dome and the outer copper dome. Visitors were also able to see views of the city below.

Director of the Historic Houses Trust of NSW Kate Clark said, “It gives you the chance to explore and appreciate places that are normally off limits or that you might have been walking past every day and wanted to see inside.”

The hidden tours may have been exciting already for Australian natives and tourists, but something even more secretive lies within the QVB. According to The Sydney Morning Herald, Queen Elizabeth II put a secret letter inside a time capsule when she visited the building. Afterward, she buried it somewhere within the central dome. QVB manager Natalie Douglas said, “Nobody knows what it says.”

According to The History of Sydney, there is a display that showcases the outside of the envelope from the late queen’s letter. Signed by the queen, the envelope reads:

“The Rt. Hon. The LORD MAYOR of SYDNEY, AUSTRALIA. Greetings. On a suitable day to be selected by you in the year 2085 A.D. would you please open this envelope and convey to the citizens of SYDNEY my message to them.”

According to the History of Sydney, the letter was written following the QVB’s reopening in 1986, meaning the letter was penned with the intention of being opened almost exactly 100 years later!

Although the queen is no longer with us, people will have something to look forward to in the many, many coming years as we patiently await to find out what her secret letter says.

What do you think the late queen’s letter says? Let us know your thoughts, and be sure to pass this along to your family and friends, too.