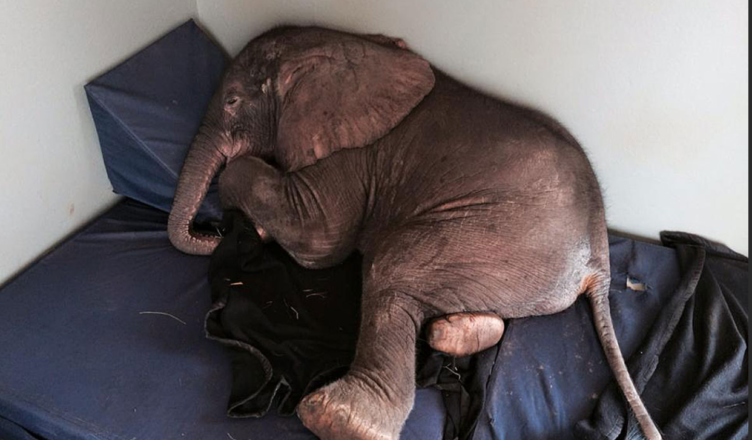 In the next video we meet two different animals that against all odds met and formed an amazing friendship.

The elephant cub, Ellie, was found wandering alone in the savannahs of South Africa. Elephants in South Africa usually fall victim to hunters, that causes them to be left alone and without their parents. But Ellie’s case was different. He got rejected from his own herd.

When Ellie was found by animal activists, he was in a pretty bad condition. He suffered from abscess and umbilical hernia, and his open wounds got infected. 99% of the elephants in Ellie’s condition would die. And in the beginning it didn’t look like the little elephant will survive.

However, he was also very bored since he had no elephant friends to play with, and without his family, he quickly fell into depression.

The staff at the safe farm noticed how Ellie isolated himself from everything and everyone and was just laying in the corner all day.

Despite all the love he got, Ellie missed his herd. Alot.

Until one day he met a new friend..

Watch this amazing video below and see the moment where Ellie met his friend Duma as they both form an incredibly unusual friendship: