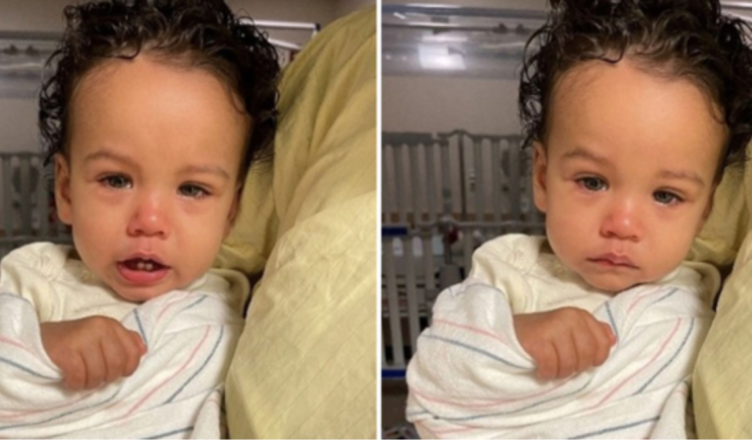 As a parent, you want nothing but the safety of your child and knowledge of their whereabouts. If you ask any parent, their biggest nightmare would be losing their child.
The parents of this infant were nowhere to be found as she was discovered with a complete stranger at the airport…
Police were alerted of a suspicious situation at Minneapolis-St. Paul International Airport. A woman, who was termed as a “person in crisis” due to the erratic behavior she was displaying was flagged by airport personnel.
The woman had an infant with her. According to official reports from the authorities, the child had arrived with the woman on the light rail around 9 p.m. on August 21st.
Upon preliminary investigation, officials realized that the child was not related to the woman biologically and she was not his guardian either. It was unclear to authorities as to how the woman came in possession of the baby.

Officials immediately began investigating to try and locate the child’s parents. However, they were unable to both identify the child and locate her parents. They estimated the child’s age to be about 10 months old.
Police also checked reports of any missing or abducted children in the area but found no matches to the baby’s description.
At this point, the police turned to the public for help and issued an Amber Alert for the child to help locate her parents. They also posted on a Facebook page asking for help to identify the baby girl and find her parents.
The identity of the woman who had the baby in her possession was not revealed by authorities. However, a few hours after the alert about the mystery baby had been sent out, an update was made about the situation.
The baby’s mother had been located after two days and had been reunited with her child. No further explanation or details about the situation were not provided as to how the little girl had been in possession of the stranger.
People are wondering why the child was not picked up for two days and why the parents took so long to alert authorities or search for their child.
Other people were concerned that this might have been an attempted case of child trafficking since the baby was found at an airport and was possibly being transported to a different location.
However, all of this is speculation as authorities have not released any official statement about the situation or explained how this bizarre circumstance came about.
For a baby, this young, being separated from your parents can be incredibly stressful for a little child so we are glad that this baby was reunited with her parents safe and sound.
If you like this blog don’t forget to share it.