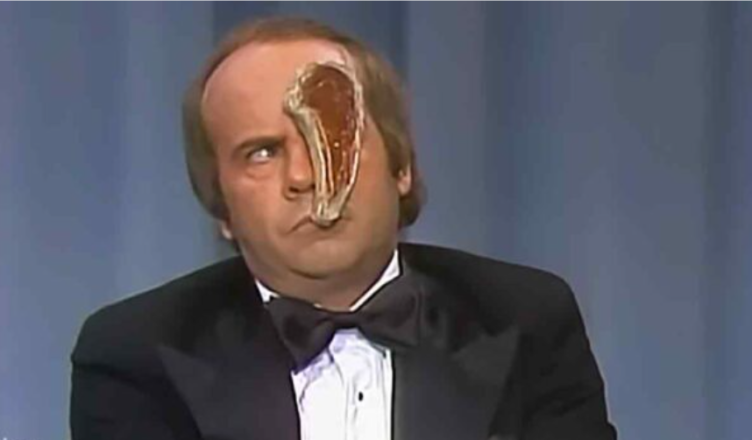 The Carol Burnett Show had a lasting impression on its viewers and featured sketch comedies, parodies, and musical numbers. It kept its audience entertained for decades, and families gathered around the TV on Saturday nights to enjoy the fantastic show.

The Carol Burnett Show had the most talented performers, such as Harvey Korman, Lyle Waggoner, Vicki Lawrence, and Carol Burnett herself. However, Tim Conway was the show stealer. One of the sketches titled “Boring Convention Speaker” recently grabbed the attention of many fans because of Tim Conway’s antics.

The skit had Vicki Lawrence as the “Boring Convention Speaker” talking about “pee-a-nees” or “peonies.” At the same time, poor Tim Conway and Lyle Waggoner listened to the boring speech. The way Conway stared at Vicki giving the speech was hysterical.

Conway’s lost look made the audience roll out laughing on the floor. Tim Conway was an absolute comedic genius who could make the simplest things in life & turned them into the most hilarious situation.

The “boring speech” was not boring at all, but fascinatingly funny. Vicki’s hilarious pronunciation enhanced the comic sketch. It was tough to understand how Waggoner held it together while Conway was up with his antics.

The sketch was a class act as Burnett and her entire group of talented actors and actresses put in a combined effort. Unfortunately, it must have taken them several rehearsals and discussions before they performed the skit live on stage.

The Carol Burnett Show was one of the funniest TV shows, which was a perfect family entertainer and was loved by audiences of all ages. Every Saturday night became an evening of laughter and fun with the Carol Burnett Show. It went down in history as a timeless masterpiece.