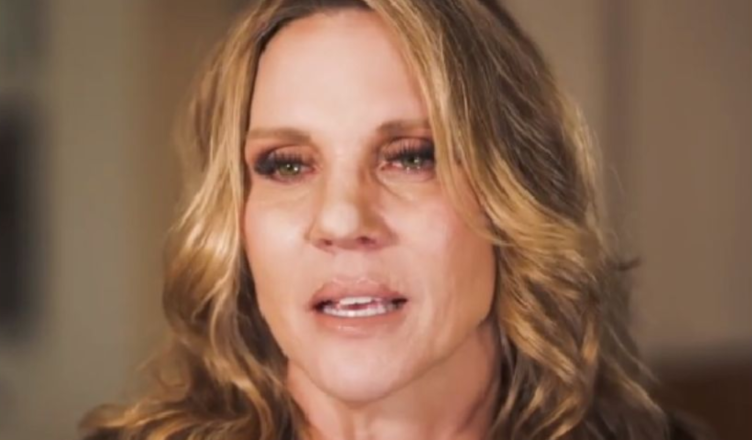 Tina Hines’ heart stopped for 27 minutes, but she was revived and returned with an important message to share with her loved ones.

It’s normal to wonder if heaven is real. We’ll never know until we die. Some people say they’ve seen it, but just about anyone can claim that. So whose word would you trust?

Well, Tina Hines was medically declared dead for 27 minutes before being revived.

And something remarkable happened in those 27 minutes according to her. Something very few people would even get to say.

It happened when Hines had a sudden cardiac arrest while out for a walk with her husband.

Tina was otherwise healthy so neither of them expected this.

Before anyone knew it, Tina collapsed and her eyes rolled back into her head without closing. She was losing consciousness and not breathing or moving at all.

Brian, her husband, did what he could. He performed CPR but it did little. She regained consciousness for a few seconds before returning to unconsciousness.

This was serious. They were losing her and she needed emergency medical care quickly.
Tina was showing no signs of life.

When the paramedics arrived, they tried shocking Tina’s heart to no avail. They tried again only to be just as unsuccessful as the first time. Her husband was a mess as he begged God to save his wife.

They rushed her to the hospital, still trying to resuscitate her.

Things weren’t looking good and Tina’s family was praying harder than ever.

Tina’s sister Tammy, and her husband Dave, were on their way to be with Tina too. They were driving from Los Angeles so it’d be a long trip.

But while they were in the car, Tammy said something odd to Dave.

Tina’s sister said she had this sudden peace come over her that Tina was gonna be okay.

And would you believe it, Dave then got a text from Brian that read “Tina is alive!”.

It was a miracle.
Tina awoke in the ICU room, though she was still groggy and weak. Brian stepped in to see his wife for the first time since she collapsed.

His prayers were answered, which made what happened next quite the reveal.

The following day when Tina’s condition improved more, she tried breathing without a ventilator.

She signaled for a pen and paper.
She scribbled some seemingly random lines and shapes on the paper. But when they took a closer look, they were actually words.

Her handwriting post-revival was hard to decipher, but they eventually made out the words “It’s real”.

Tina’s husband wondered if she meant the pain or something else. But that wasn’t it.

It was when their daughter asked “Heaven?” that Tina nodded yes.
In those 27 minutes, Tina says she saw Jesus and the gates of heaven. She described it as the most peaceful thing, and that he had this radiant, gentle yellow glow behind him.

Her nearly tragic incident ended up making her faith, and her family’s, that much stronger.

She left the hospital without any permanent brain injuries.
Tina’s niece got a tattoo of Tina’s “It’s real” on her wrist, saying:

“Her story is too real not to share and has given me a stronger confidence in a faith that so often goes unseen.”

Her family’s faith was already pretty strong, but Tina’s supposed meeting with the Lord probably changed everything for them.

Did Tina’s story perhaps make you curious about heaven too? Or strengthened whatever faith you already had?

Hear more about Tina’s amazing story in the video below.

Please SHAR E this with your friends and family.