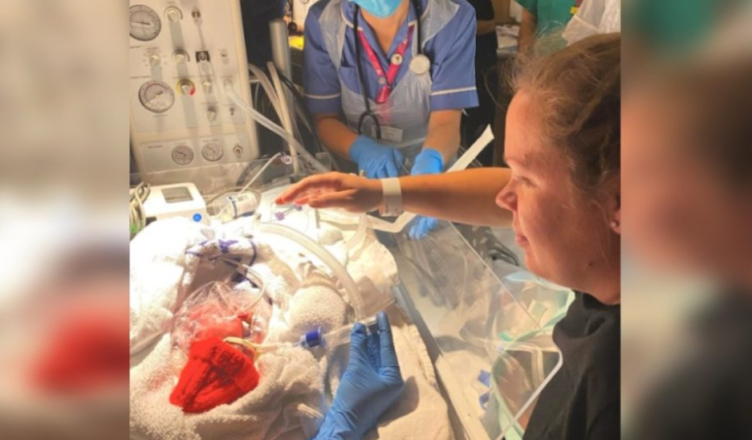 Doctors, nurses and staff told Jade and Steve Crane that their babies wouldn’t survive but the new parents weren’t ready to give up and neither were their babies.

All the nurses and doctors told them the twins wouldn’t survive but they weren’t ready to give up.
Jade and Steve Crane have been married for 14 years. They both want one thing: to become parents. But it has not been easy for them.

Unfortunately, they were unable to get pregnant naturally. They turned to in-vitro fertilization (IVF), which they have been trying for the past 11 years.

Finally, after waiting for so long, they were pregnant with twins!
They thought they would only have to deal with pregnancy pains and the trouble of raising twins. However, life dealt them with a different problem.

At 22 weeks and 5 days, Jade gave birth prematurely.
And everyone around them said not to keep their hopes up because the twin babies may not make it. But they had been waiting for 14 years to become parents.

After they got married, they tried to get pregnant naturally for three years and stopped when Jade suffered an ectopic pregnancy.

That’s when they tried IVF.
But it hadn’t been easy as well. During their IVF journey, the couple suffered from three miscarriages. That’s why these twins were their wonder babies.

ade and Steve were not ready to give up.
When Jade checked into the hospital, the doctors told her that she suffered another miscarriage. But Jade was sure she didn’t. She could still feel the babies moving.

And even when she delivered the babies, they still told her that because the babies were born too early, they would not make it.

They couldn’t even hear the babies cry.

But Jade and Steve didn’t believe them.
“I heard this little cry. Harry did the same when he was born an hour later. Their little cries sounded like a tiny kitten,” Jade said.

They may be hoping against hope but they still had hope.

ade and Steve were going to fight to keep their babies alive.
“After they were born, I was Googling twins who survive at 22 weeks and trying to find any to give me hope,” Jade recalled. “I found a set of twins in America who had survived—they’re four now. I’ve connected with their mum on Instagram and she guided me through the first few days of being in the unit and what to ask for.”

The twin babies were born with lung problems and a serious gastrointestinal problem.

And the nurses warned them that these medical concerns could be fatal.
But Harley and Harry felt and were inspired by their parents’ desire to fight for them so they fought for themselves, too.

They surprised everyone in their medical team and hospital by fighting to live day by day.
And five months after being born, Harley and Harry went home to be with their parents. It’s a medical miracle!

“They’ll go down in medical history – I’m pretty sure they’ll be having one of the wards named after them because everyone is just amazed by them!” Steve declared.