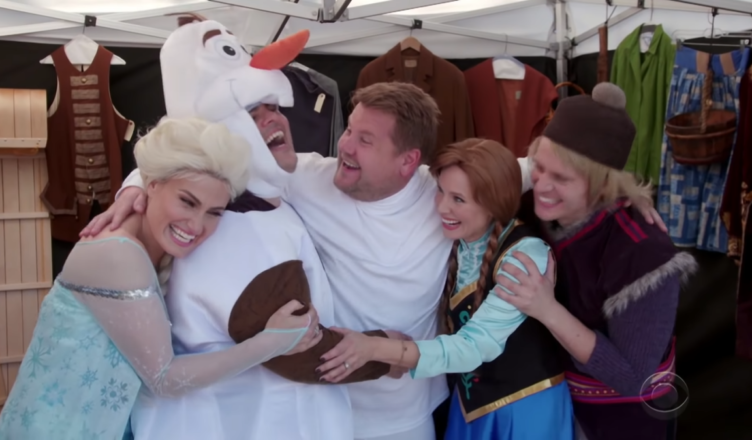 The cast of “Frozen 2” step out into the unknown with James Corden. After a bit of casting drama, they sing their songs on a Los Angeles crosswalk.

Back again with another of his insanely popular “Crosswalk: The Musical” episodes, James Corden invited the cast of Frozen 2 to share their singing talents with the population of Los Angeles.

First James wants to play the role of Elsa, but after a sing-off, where Idina Menzel shows she is truly the better songstress, they group steps out into traffic to belt their hearts out.