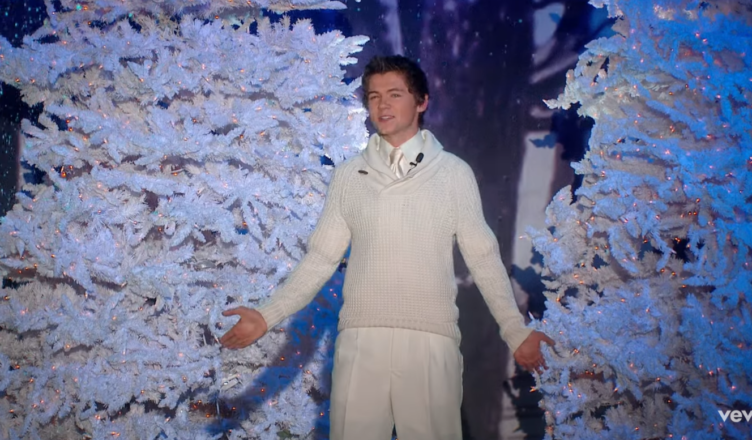 Celtic Thunder’s Christmas album by the same name has 14-holiday favorites for everyone in the family. A few years ago, this album was filmed in front of a live audience at the Mid-Hudson Theatre in Poughkeepsie, NY.

The Irish singing group is known for its eclectic & theatrical stage shows. Damian Joseph McGinty Jr was the group’s youngest member from Derry, North Ireland. He begins the show with a solo performance of the beautiful song “Winter Wonderland.”

The song was written by Felix Bernard & Richard Bernhard Smith in 1934 and was recorded by Richard Himber. Due to its seasonal theme, the song is regarded as a Christmas Classic by everyone. It has been sung by several artists.

However, Celtic Thunder’s version is considered one of the best because the group performed the song live onstage in front of a huge crowd. When you perform in front of so many people, it does not leave you with a chance to make errors. Therefore, the performance has to be perfect, and there are no retakes.

McGinty makes a dramatic entry from behind the White Christmas trees. The singer looks dashing in a white shirt, trousers, and a pullover. McGinty starts to sing confidently, and everyone in the crowd is mesmerized by his innocent looks and fantastic voice.

The stage background is filled with snow-covered Christmas trees decorated with colorful lights. As a result, the entire stage gives a feel of natural snow. McGinty is accompanied onstage by several musicians from the Celtic Concert Orchestra. They accompany him in his performance brilliantly.

Everyone in the crowd likes McGinty’s version of the holiday classic. The performance is pleasing and leaves a calming effect on the listeners. In addition, McGinty’s presentation of the song onstage is at a world-class level. It is a must-have for the Christmas list of songs for all music lovers.