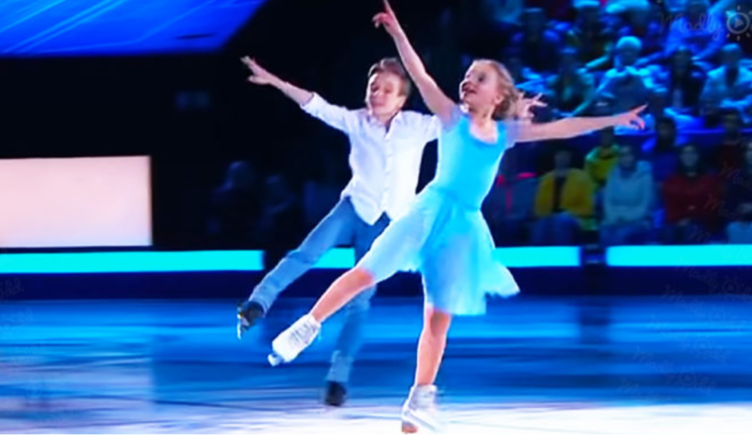 Two young kids ice-skated to Leonard Cohen’s ‘Hallelujah,’ and it was one of the most beautiful performances ever. Their names were Evelina Pokrasnetyeva and Ilya Makarov.

Evelina was only 8 years old while Ilya was 10, and they skated as if they were born on the ice. They performed for the Russian television show “Ice Age Kids.”

They skated onto the ice holding hands, a cute pair with smiles on their faces. Once they reached their mark they laid down on their backs, their eyes looking upwards.

‘Hallelujah’ started playing, and they began to move. Slowly they got up to their knees and eventually stood on their skates. Their performance seemed to be telling the story of young love.

lya and Evelina looked at each other as they both gracefully glided across the ice. They waved their arms and spun as they drifted apart and came back together.

He lifted her and spun across the rink, a move that required great balance and a lot of trusts. She never doubted him for a second, and there was not a moment of hesitation from either of them.