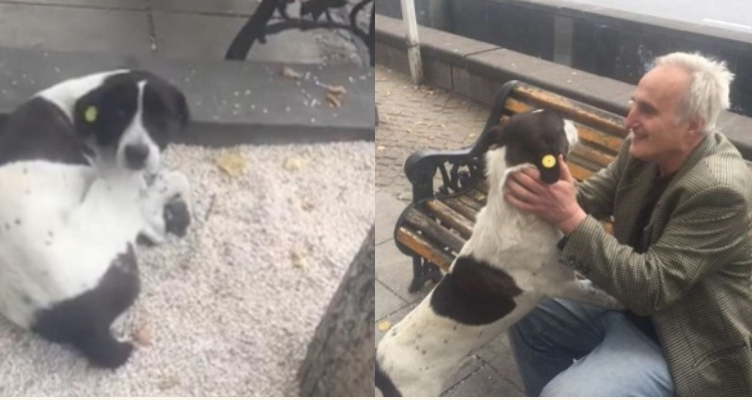 He continued to search for more than 3years… After losing his beloved dog, hus owner was still looking for his furry friend and did not lose hope even for a minute to find him.

Fortunately, luck finally smiled on him and they were eventually reunited.

Georgi Bereziani is from the city of Tbilisi, Georgia, who has been inseparable with his dog Jorge for many years, when he was just a puppy.

Unfortunately, his faithful dog got lost, and it was not clear to anyone how he had disappeared so suddenly. Despite all his strenuous efforts, the dog was nowhere to be seen.

Days passed, turned into months, but Giorgi continued to believe that he would find the dog and never lost hope, continuing to search for his best friend.

Three years passed and Giorgi was still looking for his dog. He was looking for him in all possible ways, placing flyers on the streets of Tbilisi.

In the end, so many efforts finally paid off and he found his beloved dog. The duo finally reunited and luckily the sweet moment was caught on carmera.

One day one of the employees of tha Tbilisi Opera and Ballet called Georgi and said that he had noticed adog there matching the description he gave.

Upon hearing that, the man quickly rushed there, hoping that it was really his dog, and fortunately, the man was right.

After three years, they finally met… It was so exciting for both of them. When the sweet dog realized that the person approaching him was his owner, he was overjoyed.

His tail was wagging wildly and he couldn’t believe that he finally found his beloved friend.

It is not clear where Jorge spent the last three years, but in any case, we are glad that everything is fine with him.