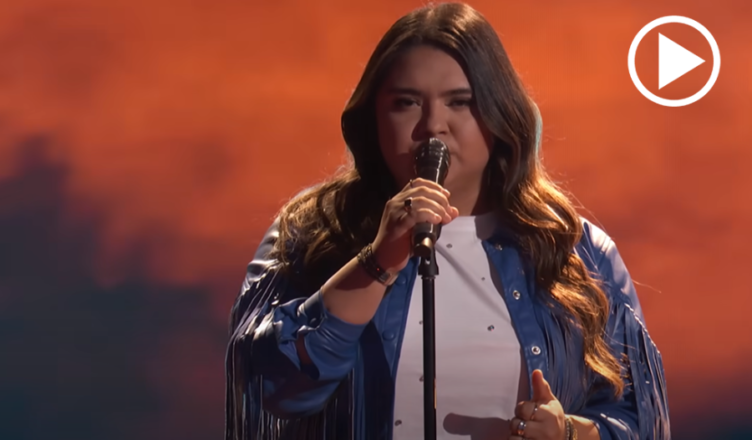 Kristen Cruz adds her own emotional and unique spin on “Nothing Breaks Like a Heart” by Mark Ronson ft. Miley Cyrus.

Kristen Cruz, with the TikTok singer putting it all on the table with a killer cover of “Nothing Breaks Like a Heart”, the 2019 hit featuring Miley Cyrus and Mark Ronson.

Following the performance, the judges delivered their verdicts — and there was a stark difference of opinion.“Hearing your voice at the time, I thought, you almost sound like a great country voice. And I think, in my opinion, you picked the wrong song tonight. It’s like you’re shouting the song. Your voice is really amazing. I just don’t think you connect with the song tonight,” Simon Cowell said.

Heidi Klum said: “I completely disagree. “Your voice is so fierce and I love it! And literally, when I close my eyes, I hear Miley Cyrus, the woman singing this song. You are incredible and you need to be on that stage.”

“Kristen, I’m so happy for you that you’ve gotten out of your comfort zone on TikTok and decided that ‘AGT’ is the next step for you, because it’s the right thing for you,” Sofia Vergara stated.

Giving a final opinion, Howie Mandel landed somewhere between Cowell and Klum. “I don’t really agree with Simon on this. I’m closer to what Heidi said,” he said. “Words that come to mind have power. I love those powerful ballads and I love the simplicity of your voice. Looks like you’ve been performing this live on stage, off TikTok, for years now. America has only two choices – hopefully you’re one of them. “