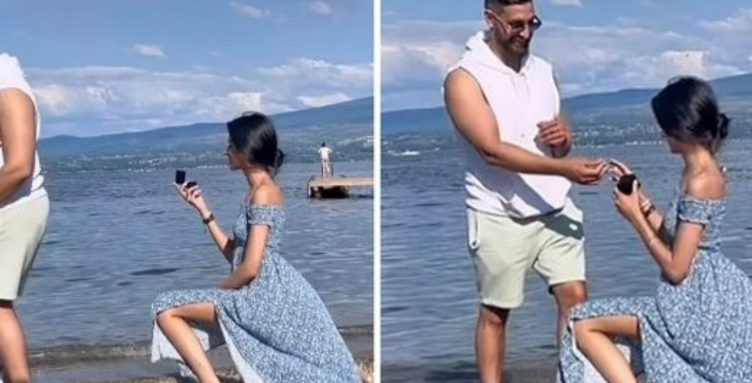 These are just outdated gender roles created by society ․ We need to break those norms and live life to its fullest potential. Despite the feeling that young people are getting marr

ied less and less, there is still a significant percentage of them who dream of being united forever in marriage with their partner. But, in addition, they also started to be more creative over time in their marriage proposals. your boyfriend. According to information from the Daily Mail, it is Sukhmin Garcha.

Although social gender roles have been challenged in recent years and there are no more prejudices about what is “masculine” or “feminine”, there are still some societies that remain closed in relation to this. . So Sukhim, a 27-year-old educator, decided to bust these cartoons and filmed herself asking her boyfriend to marry her. The only problem is that the video spread and generated a backlash: most users laughed at her and trolled her for taking the initiative.

Reviews have rained on the woman from Vancouver, Canada, but mostly from female internet users. Some have commented that they would rather “vacuum the ocean than propose to a man” or that she “has no respect for herself.” I wanted to find the right time to do it. It didn’t cause any personal problems. My fiancé had the biggest smile on his face ․ My mother was very proud,” she said. “It was interesting to see how the men supported the women proposing marriage. In our society, we always want equality, but because of cultural bias, there is always resistance,” she added.