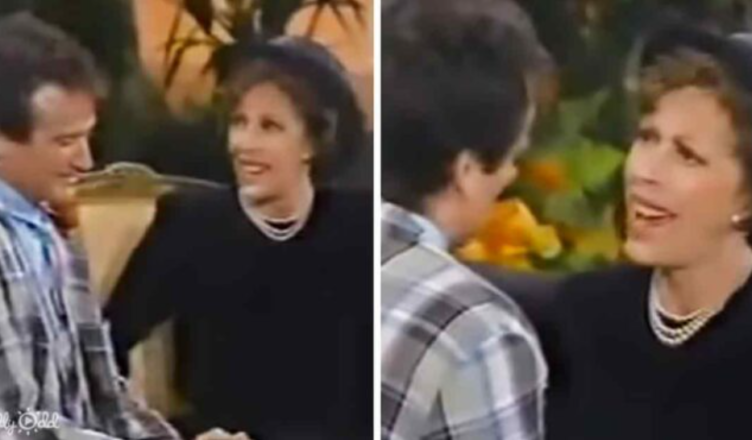 The latter half of the 20th century was a treasure trove of comedic personalities. If there are two comedians whose sketches can still make us giggle today, they are Robin Williams and Carol Burnett.

Carol Burnett was a comedian and entertainer known for the broad appeal of her laugh-out-loud sketches. Most people know her for The Carol Burnett Show, a comedy show airing from 1967 to 1978.

But that was not the end of the line for Carol Burnett. When The Carol Burnett Show aired its final episode, Carol returned to the stage, following her music career and pursuing multiple voice acting opportunities.

However, she was not done with comedy. In 1986, Carol Burnett brought together some of the greatest comedians for an hour-long show filled with sketches. That was how she ended up in a scene with the late Robin Williams.

If you have seen family films from the 90s or early 2000s, you already know how hilarious Robin Williams can be. It should be no surprise that when Robin and Carol worked together, they were a force to be reckoned with.

After all, only comedic geniuses like Robin Williams and Carol Burnett could make a skit titled “The Funeral” such comedic gold. The way they played off each other will have even the sourest people cackling with the rest of us.

But this scene is more than just one sketch. In the latter half of the recording, Robin Williams decides to do the skit again with his improvised versions of the lines. The result is hysterical.